Leechburg, Pennsylvania Police Chief Michael Diebold, who gained national attention after losing part of his arm in a fireworks accident last summer, has been arrested and charged with various sex crimes.

Diebold, 40, was arrested on Friday at a designated meeting location in Westmoreland County by agents belonging to the state attorney general’s Child Predator Section and booked on charges of unlawful contact with a minor and criminal attempt to commit involuntary deviate sexual intercourse, after he attempted to meet with a 14-year-old girl, the state attorney general’s office said Friday, the Pittsburgh Post-Gazette reported. 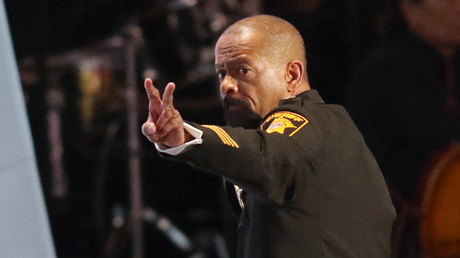 The police chief’s arrest was still being processed into the late hours of Friday afternoon, and a criminal complaint is not yet available, according to the Post-Gazette.

“This case is particularly heinous because the perpetrator is a public official, sworn to serve and protect the community,” Pennsylvania Attorney General Josh Shapiro said in a statement, the Post-Gazette reported. “We have a zero tolerance policy for the sexual abuse of children and my office will prosecute any offender to the fullest extent of the law, no matter who they are.”

Following Diebold’s accident this summer that left him without part of his left arm, he was scheduled to return to his department in December. However, he did not return, and was placed on paid leave on December 11.

Leechburg Mayor Wayne Dobos said in a phone interview with the Post-Gazette on Friday evening that the borough did not know about the criminal investigation when it made the decision to put Diebold on paid leave.

“This was all over his accident, and the lawyers are trying to work out whatever with that,” he said.

The mayor said he only learned of the charges on Friday.

“This is all a surprise to me,” Dobbs stated. “I’m just as shocked as everyone else.”

Dobos said he could not comment on what the borough of Leechburg will do going forward with Diebold under investigation. He did say, however, that he must talk with the borough’s council and attorneys before making any decisions related to the situation.

READ MORE: Undercover Michigan police no longer off the hook for sex with prostitutes

“Right now I have no comment outside of I’m shocked,” he said.

Diebold lost his left hand and part of his forearm on June 24 when a mortar misfired as he was lighting fireworks for the Leechburg Volunteer Fire Company’s yearly carnival. He was treated for the injuries he suffered at UPMC Mercy hospital in Pittsburgh.