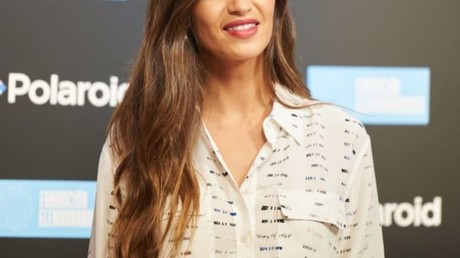 Jewish law requires married Orthodox women to wear wigs, called sheitels, to stop them from enticing men who aren’t their husbands. Religious traditionalists are now cracking down on modern lengths of fake hair, which they say flout the spirit of the law.

Esther Adina Sash of Flatbush, New York has drawn the ire of social media users for posting pictures on Instagram of her in wigs with long flowing locks.

Sash admitted that “the wig is a very charged item,” telling the New York Post that she had received comments like “Go drown yourself in a lake — you’re negatively influencing young girls.”

Sash, who has 38,000 followers on Instagram, has been criticized by rabbis. One even challenged her to cut her wig as a good example to others, telling her she would receive an “astronomical” spiritual reward in turn.

Traditionally, the sheitel wigs are worn shoulder-length or shorter. The synthetic wigs are seen as more humble than human hair, and can cost from as little as a few hundred dollars to thousands.

A New Jersey makeup artist said that she tends to sell her longer-haired wigs to women from outside her neighborhood. She explained how the longer wigs are seen in the community, saying that “if you’re seen in a local pizza shop wearing a long wig, you’ll be talked about. People will go to [school or synagogue] administrations about you and you and your husband will be getting phone calls.”

Last fall, wig makers in New Jersey received threatening messages online. “Dear Jewish Women, how badly are you trying to look like a prostitute? How important is it for you to slap G-d in the face?!” one of the fliers read, according to the NY Post.

One Brooklyn wig stylist called the incident “a scare tactic.”

The pressure appears to be having some effect. Last month, the New Jersey Jewish newspaper The Voice of Lakewood banned ads by wig makers featuring photos of hair.