In 2015, McNeilly leaked a report to WikiLeaks detailing safety and security failures aboard the UK’s Trident nuclear armed submarines and at their base at Faslane in Scotland. The same concerns were raised on Wednesday in an open letter to Williamson, only this time by the officers in charge of base security.

In his letter, Keating pleaded with the Tory minister to veto further cuts to the defense budget and issued him with stark warning: cuts to the Ministry of Defence (MoD) police force budget will lead to fewer officers on the ground and weakened security at Faslane and other MoD sites. 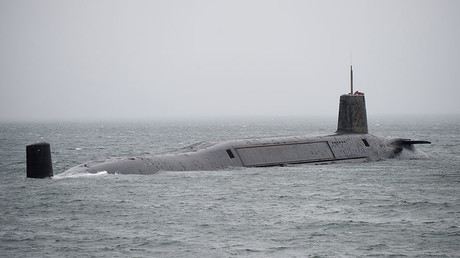 “I must highlight the deeply concerning, and in many cases deplorable decision making that is leaving many of the UK’s critical military assets and sites at unacceptable risk of attack on our own shores,” Keating’s letter reads.

“It is perhaps only a matter of time before an MoD establishment in the UK faces attack, and the reality is that continued and pernicious reductions in the capacity of the MoD Police leave it ill-equipped and understaffed to deal with such a situation.”

Keating’s plea for more finances echo the same concerns raised by McNeilly two years ago. At the time, McNeilly’s claims were dismissed by the military as unsubstantiated folly.

“I accessed the Faslane base for over a year. While I was assigned to the Trident submarines, I accessed them multiple times a day, most days of the week. It is ridiculous for anyone to say that I didn’t know anything about access when I accessed them on numerous occasions,” McNeilly told RT.

“I saw with my own eyes how ridiculous the security at Faslane is.”

McNeilly welcomed the plea from the Defence Police Federation chairman, warning it is “only a matter of time before a Ministry of Defence establishment in the UK faces attack.” 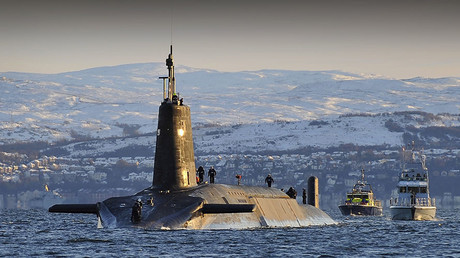 “Now the Defence Police Federation chairman has made a statement that clearly agrees with what I said years prior,” he said.

Recounting his personal experiences from his time at Faslane, McNeilly said his ID would rarely be checked properly and that he would seldom be questioned by security staff at the gate.

“You don’t need 50 years of experience to see that’s a major security risk.

Keating and McNeilly have now both called for more security to protect UK munitions and bases.

The whistleblower wondered just how long it will take for a terrorist with a fake ID to get through the gates, telling RT the UK’s security weakness could make our own weapons “nothing but a target on our back in this war against terrorism.”