President Trump may have thought, embattled as he is, at least those probes are finally winding down. But another one is now sinking its teeth into his 2016 campaign and the finances of his inaugural committee, WSJ sources say.

New York federal prosecutors are reportedly probing whether Trump’s inaugural committee misspent some of the $107 million it raised in donations. The criminal investigation is also looking at whether donors gave money in exchange for access to Trump’s administration, for a voice in policy-making, or for influence in picking the new cabinet, according to the WSJ. 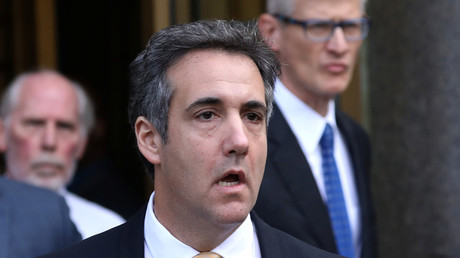 “Giving money in exchange for political favors could run afoul of federal corruption laws,” the report explains, seemingly unfamiliar with business as usual in Washington. Because the inaugural committee was registered as a non-profit, diverting funds could have run afoul of federal law as well.

The investigation allegedly stems from a recording of a conversation between former Trump lawyer Michael Cohen, who has been cooperating with the special counsel investigation of the president, and Stephanie Winston Wolkoff, a former adviser to Melania Trump, in which she can be heard expressing concern about how the inaugural committee was spending money.

“We are not aware of any evidence the investigation the Journal is reporting actually exists,” a lawyer close to the matter said, adding that members of the inaugural committee had not been asked for any evidence or even contacted by prosecutors.

Trump’s inaugural committee raised twice as much as Obama’s but hosted fewer events, though some involved in the planning claim this was because they did not expect to win and had to plan the festivities at the last minute. The committee has complied with the laws governing expense reporting for nonprofits.

If the investigation does exist, Trump is not the only 2016 candidate in hot water this week – three whistleblowers are due to give testimony involving alleged tax fraud by the Clinton Foundation, another non-profit that may have been a little too good at fundraising.


Cohen was sentenced to three years in prison on Wednesday for lying to Congress, campaign finance violations, and tax and bank fraud. Even Mueller’s recommendation for lenient sentencing in return for his cooperation did not sway the judge, who said that “as a lawyer, he should have known better.”