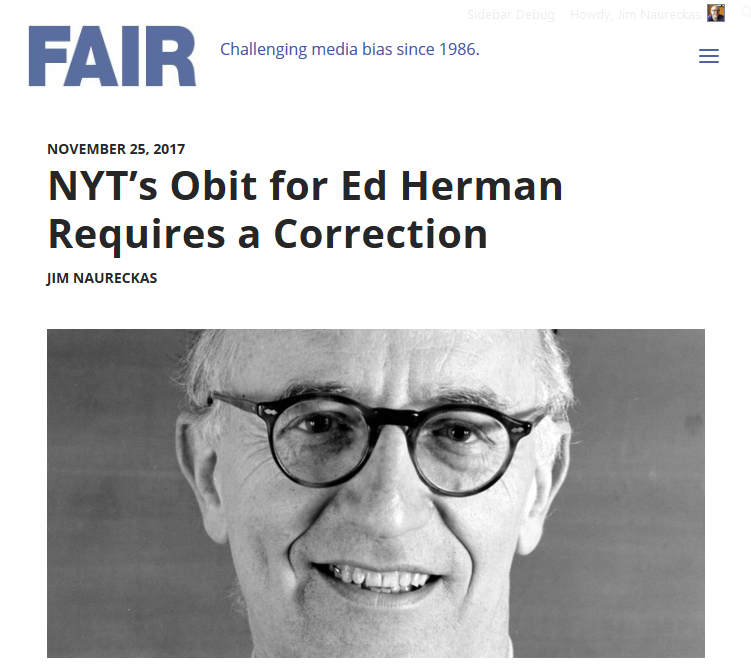 After hearing from FAIR activists (Action Alert, 11/25/17), the New York Times has corrected its obituary of media critic Edward Herman (11/21/17):

An earlier version of this obituary referred incorrectly to Dr. Herman and Noam Chomsky’s arguments about genocide in Rwanda and, during the Bosnia war, Srebrenica. Those arguments did not appear in their book Manufacturing Consent, which was published several years before those genocides.

FAIR thanks the activists who contacted the Times, and the Times for correcting the record.