A petition to sack the newly appointed work and pensions (DWP) secretary, Esther McVey, has garnered thousands of signatures. Critics believe the so-called “scrooge of the year” will sponsor austerity policies in her new role.

McVey was appointed to the senior role as part of Theresa May’s cabinet reshuffle on Monday after former Education Secretary Justine Greening reportedly turned it down. She replaced David Gauke, who was made secretary of state for justice and lord chancellor. 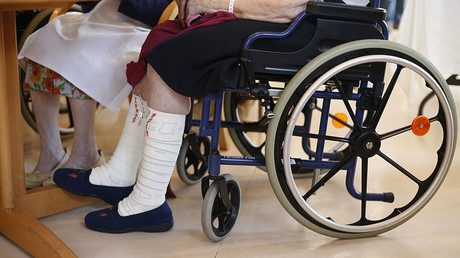 The appointment has been greeted with widespread criticism given McVey’s experience in the department she now heads; from 2013-15 McVey was a minister of state for work and pensions under Iain Duncan Smith.

During her tenure, sweeping austerity measures were introduced across the welfare systems, which saw benefit claimants being sanctioned should they turn up minutes late for meetings. The implementation of benefit sanctions are understood to be one of the main reasons for a dramatic rise in families flocking to food banks.

The use of food banks, which started under the Labour government and increased when the coalition took power, shows no sign of improvement.

In February 2015, McVey was confronted by the sister of a diabetic who died reportedly after having his benefits cut. Handing a picture of the late David Clapson to the minister, his younger sister told her “a diabetic cannot wait two weeks.” In response, McVey is reported to have said “it’s complicated.”

McVey also came under fire when she oversaw benefit cuts to more than 300,000 disabled people during her time as minister for the disabled in 2012. 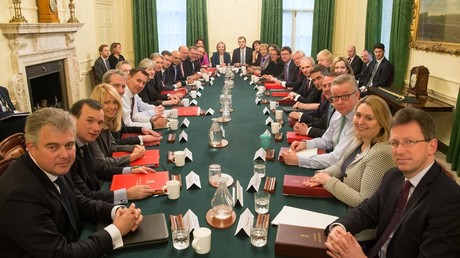 Disability Rights UK’s policy and communication manager, Philip Connolly, accused the minister of “overseeing a great reduction in disabled people’s living standards.” He said McVey must recognize the plight of the disabled, and that she must use her new powers to “halt it.”

“If she doesn’t change the policies disabled people will continue to suffer,” Connolly told RT. Pointing out that the UK was last year found “wanting” by the UN over its failure to respect disabled people’s rights, he called on the newly appointed secretary to “put things right” so that disabled people start receiving adequate support.

Citing her previous work in the DWP, the petition signatories are calling on McVey to be dismissed amid concerns she will further cuts to benefits in her new role. The petition has garnered over 6,000 signatures at the time of writing.

Posted on the political activis organisation 38 Degrees, the petition highlights that the Tory minister was in 2014 named “scrooge of the year” by her own constituency’s Trade Union Congress (TUC) because of her relentless support for benefit cuts.

Last year, Shadow Work and Pensions Secretary Debbie Abrahams said of McVey: “In her time as minister for disabled people, then employment, Esther McVey was a key architect of the most draconian and incompetent social security reforms this country has ever seen.

“Her failure to make work pay through Universal Credit with 2.6 million families now losing up to £2,100 (US$3,650) a year, record numbers of working people living in poverty and more disabled people in poverty since 2010 are testament to her record of failure,” she told the Liverpool Echo.