The New York Times is seeking evidence of Russian interference during a debate on placing restrictions on the internet in the US. It’s alleged a public commenting system was invaded by hackers.

The idea of the commenting system is for the public to have a say on proposed law changes, or at least get the feeling that they’re involved. There’s more than a sneaking suspicion that it’s more for show than substance. 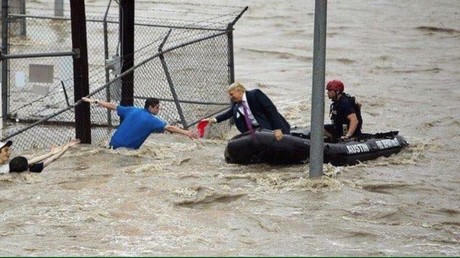 Ironically, the comments which were highlighted as coming from abroad overwhelmingly supported continued freedom of the internet for all, a concept known as net neutrality.

Here is the technical side of what’s going on: The New York Times is suing the FCC for information into whether its public commenting system was abused by hackers and bots. The FCC has ignored a string of Freedom of Information requests.

During the decision process on whether net neutrality should be rolled back in order to give corporations and public bodies the ability to restrict access to the web, 23 million comments from the public were submitted. Pew Research Center found 94% of the comments were submitted multiple times, amid “evidence of organized campaigns” usually using false or stolen accounts.

The concept of net neutrality was introduced under Barack Obama, and means that no company, corporation or body has the right to restrict people from being able to access any part of the internet they like, charge them extra or even slow their connections.

The reason the New York Times is getting involved is because around half a million of the public submissions were tracked back to Russia, although there is no evidence Russians actually sent them. The Times claims in the lawsuit that it wants to “broaden the public’s understanding of the scope of Russian interference in the American democratic system.”

The New York Times alleges America’s so-called Net Neutrality was taken down as part of a Russian plot to destroy democracy.

However, analysis from data firm Emprata (in a report funded by some of the biggest internet providers in the US) found almost as many comments came from Germany, which is not mentioned in the lawsuit. It also found that all but 25 emails of the 1.74 million that came from abroad, were against repealing the idea of net neutrality.

TV comedian and host John Oliver on his popular US show called on people to comment on the threat to internet access as well, and that apparently that led to a 3,000% increase in submissions. He’s originally from Britain, so is that foreign interference too?

So in more simple terms: The government and big online companies are attempting to push through laws which restrict access to the internet.

The tech firms who stand to benefit from restrictions to net neutrality, funded research that found that suspicious comments from abroad all called for continued freedom of the internet. Reading between the lines… the ‘foreign enemy’ wants the internet to remain free, so therefore it must be controlled.

What the New York Times is concerned about is alleged comments, which may have come from Russia, that called for continued open access to the internet.

Even as huge US corporations seek to control the web in America, The New York Times is worried about Russia “interfering” in its democracy.

Is the continued hunt for proof of Russian interference in every political decision in the US distracting attention from the issues that are really at hand?