NASA has said that the first human flights to Mars could take place in 25 years, as long as someone comes up with the technology to properly shield astronauts from deadly radiation.

With Mars around 140 million miles from Earth, sending humans there poses difficulties far beyond anything faced by the Apollo missions to the Moon. With current rocket technology, Mars is a nine month journey, during which astronauts would be at the mercy of solar radiation and muscle decay from prolonged exposure to zero gravity conditions. 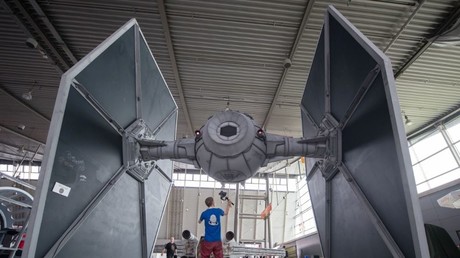 “The cost of solving those means that under current budgets, or slightly expanded budgets, it’s going to take about 25 years to solve those,” former astronaut Tom Jones – a veteran of four space shuttle missions – told reporters in Washington DC on Tuesday.

Cutting down on travel time is one way the agency hopes to make Mars missions a reality. Jones said that nuclear propulsion systems could negate the physical hardship of the journey.

“If we start now, in 25 years we might have these technologies available to help us and protect us from these long transit times,” he said.

In the meantime, NASA has been working to perfect technologies that might one day aid a Mars mission. The agency launched the InSight lander in May, a robot spacecraft that will analyze the planet’s relatively unknown exterior, expanding NASA’s knowledge of the planet and its conditions. The lander’s touchdown will be broadcast live on the agency’s website on November 26.

More moon missions are also planned, NASA Administrator Jim Bridenstine told reporters earlier this week. Moon missions, he said, could allow the agency to test out technology that might one day be used on a trip to Mars. 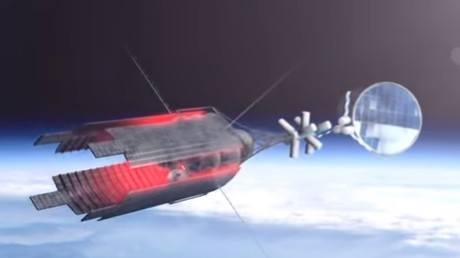 NASA currently has a budget of $18.4 billion. At the height of the space race in 1966, the agency had a budget in today’s money of just over $43 billion, or 4.4 percent of the US’ entire budget.

However, NASA has seen competition in recent years from the private sector. Billionaire Elon Musk has claimed that his company, SpaceX, will put humans on Mars by 2028. Musk has been known to make grandiose claims, however, and had previously promised that SpaceX would carry cargo to Mars by 2024.

With Mars up for grabs inside three decades, the US’ old space rival Russia has also entered the fray. A leading Russian space research center posted a video of a nuclear powered rocket it says will be able to land on Mars inside seven months, and can be relaunched just 48 hours after landing.

“A mission to Mars is possible in the very near future, but that’s not an aim in itself. Our engines can be the foundation for a whole range of space missions that currently seem like science fiction,” Vladimir Koshlakov, who heads Moscow’s Keldysh Research Center told Rossiyskaya Gazeta.