Northern Ireland will be granted joint UK and EU status, according to an anonymous government official, in a plan that could shatter the Conservative-Democratic Unionist Party alliance in Westminster.

According to a senior Whitehall source cited by the Sun, Brexit Secretary David Davis is reportedly planning on giving Northern Ireland joint status so it can trade freely with both the EU and the UK.

Under the plans, which are yet to be confirmed by Downing Street, a “special economic zone” sharing the same EU trade rules would be brought in along the 310-mile border. 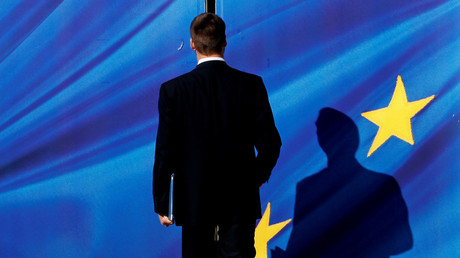 The area would be particularly beneficial to local farmers, who make up 90 percent of the cross-border traffic.

The plans are a rejig of the ‘Maximum Facilitation’ option, one of the two post-Brexit custom solutions considered by ministers.

A senior Whitehall source told the paper: “Max Fac doesn’t look like anything it used to for Northern Ireland now, because the technology has been stripped out.

“But it doesn’t matter what we call it as long as it works, and we think it will.”

They added: “Max Fac 2 is tremendously complicated, but it’s at least something the Cabinet can unite around.

“Persuading the DUP and then the EU to agree to it will be a different job altogether and, let’s be honest, it will be very hard work.”

The plan, however, may be shot down before it even has a chance to be debated, for it crosses the DUP’s red line; Northern Ireland should not being subjected to different rules to the rest of the UK.

According to Politics Home, a Department for Exiting the European Union source said: “No decisions have been taken, but a lot of hard work and ideas are going into it.”