A years-long probe into the notorious “Croydon cat killer,” blamed for hundreds of pet deaths, has yielded unexpected results, with police finding the feline ‘victims’ perished in road accidents with some mutilated by urban foxes.

The Metropolitan Police released its groundbreaking findings on Thursday, following an almost three-years-long investigation. The probe, dubbed Operation Takahe, was launched back in November 2015, after a local charity – South Norwood Animal Rescue League (SNARL) – sounded the alarm over a string of “gruesome” feline deaths in the Croydon area of London. Many of the slain cats had their heads, tails and other body parts missing. 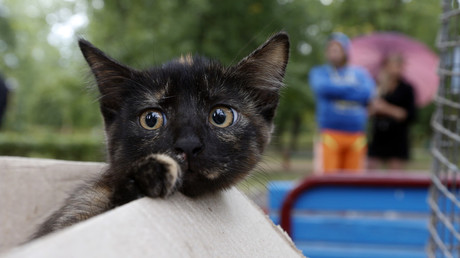 All 25 dead cats, examined by SNARL back in 2016, were killed by a “blunt force trauma,” or to put it simply, in road accidents, according to the police statement. Yet, since the media scare first kicked off, police received more than 400 reports of suspected cat mutilations over the years. The reports came not only from Croydon, but from other parts of London and its surroundings, prompting concerns the Croydon killer was widening its reach.

Even a hefty £10,000 reward was offered for the apprehension of the suspected cat slayer – yet none of the reported cases turned out to actually involve humans.

“No evidence of human involvement was found in any of the reported cases. There were no witnesses, no identifiable patterns and no forensic leads that pointed to human involvement. Witness statements were taken, but no suspect was identified,” the police stated.

The theory of animal involvement emerged, when foxes were caught red-pawed in three cases of mutilations. The police obtained CCTV footage of foxes leaving mutilated cat corpses where distressed Londoners found them later.

“A woman in north London described how in April 2017, after finding the mutilated body of a cat in her garden, she checked CCTV and saw a fox carrying the cat’s head into her garden,” the police said. A second fox was filmed dropping a severed cat head into a school playground, while another was caught on tape placing a headless and tailless cat near the property of another witness. 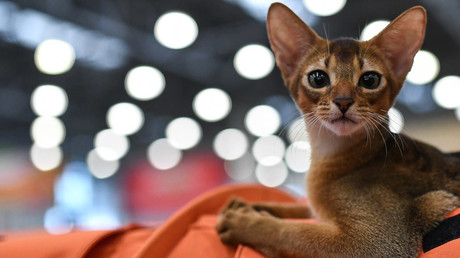 The theory of the fox involvement was reinforced by a recent article published by the New Scientist, showing how wild animals tend to scavenge on road-kills, often removing heads and tails of dead creatures, the police said.

At one point, the mysterious “cat killer” seemingly diverted his attention to rabbits, spreading fears that the “maniac” was developing a taste for other creatures. Forensic evidence, however, has shown that it was also foxes who craved the bunnies.

“Dr Henny Martineau, the head of Veterinary Forensic Pathology at the Royal Veterinary College, carried out post-mortem examinations on three cats and two rabbits in June 2018,” the police said. “She concluded that the mutilations had been caused by predation and/or scavenging, and highlighted that fox DNA had been found around the wound sites on all five bodies.”

The groundbreaking revelation by the Metropolitan Police has been met with mixed reactions online. Some users praised police, stating that pet owners need no longer be afraid of letting their animals out. Others, however, argued that the whole report was an attempt to cover-up a lack of results to save police budgets.

I was a big fan of this investigation. Now it’s turned out to be an embarrassing waste of money. There’s no new evidence so that means the necessary information was there all along. Shameful.

What a cover up! It’s clear that some were the result of scavenging, but it’s also clear that a lot weren’t. The police have neither the time or the resources to be bothered to investigate properly. At least their “solved” crimes statistics will look better!

Others argued that “foxes” would need some surgical tools and knives to sever limbs of the felines clean off.

Oh please what a cop out. Wildlife don’t generally carry knifes and make precise amputations and cuts of someone with surgical accuracy. Brb just off to get my dog to eat his lunch with a knife and fork.

Not so fast! This investigation isn’t over until the Met uncovers the training camps where these foxes are taught to use a blade and display their kill #CroydonCatKiller

That point is questionable, since foxes are well known to be equipped with all the “surgical tools” they need and are not shy to use them.