Cambridge Analytica whistleblower Christopher Wylie has given explosive evidence to a committee of MPs, revealing that his predecessor at the controversial data firm died mysteriously after a deal in Kenya went “sour.”

Wylie told the culture select committee of MPs about how wild rumors ran rife through Cambridge Analytica’s (CA) office following the death of Dan Muresan, who was found dead in his hotel room in Kenya in 2012.

“When you work in Kenyan politics… if a deal goes wrong… you can pay for it,” Wiley said. “Dan, his death did cause some news coverage in Romania. He was the son of a cabinet minister. He came from a political family. The fact he died was news.

Dan Muresan(R ) is the Cambridge Analytica employee who was found murdered in his hotel room, Nairobi, Sep 2012, ‘with his laptop on his knees, with the TV set on fire and a glass of wine next to him’.

His contract with #SCLElections & Uhuru was ending in days. pic.twitter.com/q9Sfuoau3O

“The circumstances of his death – I’ve heard different stories,” the former CA director of research added.

“What I heard was that he was working on some kind of deal of some sort – I’m not sure what. 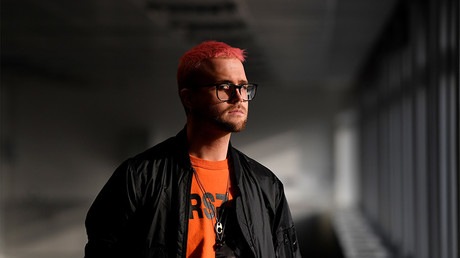 “The deal went sour. People suspected he was poisoned in his hotel room.

“I also heard that the police had got bribed not to enter the hotel room for 24 hours. That is what I was told – I was not there so I [cannot] speak to the veracity of it.”

Wylie revealed theories that Muresan was poisoned in his hotel room to the MPs. The whistleblower told the MPs, who are conducting a probe into CA, that his predecessor had been working for President Uhuru Kenyatta’s re-election campaign when he was found dead.

At the time of Muresan’s death, Romania’s Foreign Ministry told the Bucharest Herald that “the Romanian citizen was working with a British telecommunications company, being in Kenya for a while.

“He had not yet registered his presence on Kenyan territory with the Romanian diplomatic mission. The same source shows that after the police arrived, the body was taken by an undertaker company for an autopsy.”

Muresan was the son of ex-Romanian Agriculture Minister Ioan Avram Muresan. Muresan Sr. is now in jail for corruption.

CA, a political consulting firm, reportedly obtained Facebook users’ data through a program designed by an ex-employee, Cambridge University researcher Aleksandr Kogan. Billions were wiped off Facebook’s stock price in the wake of the revelations, and news sites rushed to cover the rapidly unfolding story.

Before Wylie’s testimony, committee members called out Facebook CEO Mark Zuckerberg, insisting he should be questioned over how millions of users’ details got into the hands of political consultancy Cambridge Analytica, after the company said it would send another executive to appear before them.

“We would still like to hear from Mr Zuckerberg as well,” Damian Collins, who heads Parliament’s Digital, Culture, Media and Sport committee, said on Tuesday.