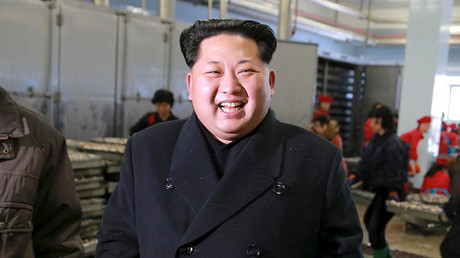 MPs have warned North Korea could soon be capable of hitting the UK with nuclear weapons. They also admit the regime is showing no sign of actually wanting to target Britain.

A report by the Commons Defense Select Committee warns it is “reasonable” to assume that North Korea already has missiles with nuclear warheads capable of reaching Britain.

“In any case, it is almost certain to be able to do so within the next six to 18 months if it continues its programme at the current rate of development,” the report said.

Yet, the cross-party committee also concedes that a nuclear strike by North Korea is “highly unlikely” given its focus has been on the US. Tensions heightened between the two countries after North Korea carried out six nuclear tests in 2016 and 2017. But it was recently reported that Kim Jong-un has committed to a denuclearization program as he and US President Donald Trump agreed to talks, which are expected to take place before the end of May.

Social media users highlighted the apparent disconnect between the warning and the actual threat posed by North Korea.

This is really crucial: “The Ministry of Defence does not consider that the UK will be a target of North Korean nuclear missiles, as its regime does not believe the UK to be a threat.”

Do not buy into the fictional North Korean threat to the UK.https://t.co/y7LV7IAWja

Some users claim that now that Russia can no longer be squarely accused of carrying out the Skripal attack, North Korea has been made the new target.

Now that the Russia thing is going tits up Tories now need a new diversionary threat for a spot of war mongering and diversion….step forward North Korea https://t.co/WyR5CV6N0Y

And while cautioning against the regime’s nuclear capability, the committee’s reports also seemed to suggest that, in any case, it would be fairly easy to “dissuade” Kim Jong-un from adopting nuclear weapons.

The report said: “We believe it is obvious to North Korea that launching such weapons would lead inescapably to devastating military consequences from the US, South Korea and other countries too.

“It would result in the downfall – indeed the annihilation of the regime: the polar opposite of what Kim Jong-un is seeking to achieve.

“He is ruthless, like other Communist dictators before him, but he is rational.”