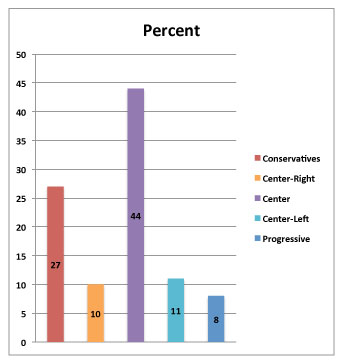 When it comes to seeking “expert” opinions on events for its reports, NPR often looks to a trusted roster of think-tank sources. In a study of NPR’s Morning Edition from February to July 2018, FAIR found that sources from left-of-center think tanks were underrepresented, with right-leaning think tank sources appearing almost twice as often.

Out of 129 episodes aired Monday through Friday over the course of six months, researchers and fellows representing think tanks were quoted 144 times. Centrist think tanks were most commonly heard on Morning Edition, with 63 interview (44 percent of citations). Fifty-one (35 percent) of the show’s interviews were with conservative or center-right groups, while 28 (19 percent) involved progressive or center-left groups.

Representatives from two think tanks—the pro-seafood Lobster Institute and the Rich Earth Institute, which promotes turning urine into fertilizer—could not be placed on the political spectrum.

Of the 63 right-leaning interviews, we characterized 37 as featuring representatives from conservative groups—e.g., the Heritage Foundation and American Enterprise Institute—while 14 categorized as center-right, like the Cato Institute and Foreign Policy Research Institute. The 28 left-of-center interviews broke down into 16 from center-left think tanks (e.g., Prison Policy Initiative and Center on Global Energy Policy) and 12 with progressives like the Women’s Refugee Commission and the  MLK Research and Education Institute. (Center-left think tanks were distinguished from progressive think tanks largely on the basis of their corporate underwriting.) The contrast between Morning Edition’s use of clearly conservative and clearly progressive think tanks was stark: Analysts from the former appeared more than three times as often as interviewees from the latter. 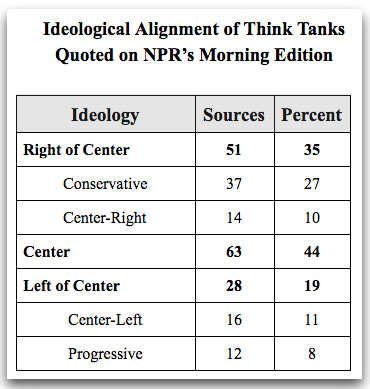 Journalists are often advised to use caution when citing think tanks in their stories, as  JournalistResource.org urged in a tip sheet for reporters:

Think tanks often provide valuable and impartial policy research. But entrenched conflicts of interest across the political spectrum, and pandering to donors, often raise questions about their independence and integrity.

FAIR has noted (e.g., Extra!, 7/13) that the funding think tanks receive from corporations, wealthy foundations and governments often shapes the agendas they push. NPR’s own Ethics Handbook employs a cautionary tone regarding the sourcing of think tanks. It stresses NPR reporters’ responsibility to be aware of such organizations’ conflicts of interest:

Before we put “experts” in our stories, we have to know where their financial support comes from, who’s paid for their latest work and whether they’re doing any lobbying or advocating related to the issue we’re interviewing them about. It’s information that may knock them out of stories and needs to be shared if they stay in.

Contrary to its code of ethics, NPR rarely if ever discloses the financial supporters of think tanks. For example, one of its most-cited think tanks, the conservative Center for Strategic and International Studies, receives funding from weapons manufacturers like Boeing and Lockheed Martin. This was not mentioned during a segment (7/13/18) on arms control negotiations between Russia and the US, even though NPR cited two different representatives from the think tank.

NPR went further into unethical territory by ambiguously sourcing the Center for Immigration Studies. Although the Center is classified as a white supremacist extremist group by the Southern Poverty Law Center, Morning Edition cited its analysts four times on immigration issues without any mention of its radical and racist ideology. Instead, NPR described the group as one that “advocates for restrictions on immigration” (3/5/18) or “favors stricter immigration enforcement” (4/23/18)—or the network chose not to characterize it at all (2/22/18). In one segment, NPR decided to quote CIS director Mark Krikorian (3/5/18), who has made numerous racist claims throughout his career, including his assertion that Haiti is “screwed up” because it “wasn’t colonized long enough.” 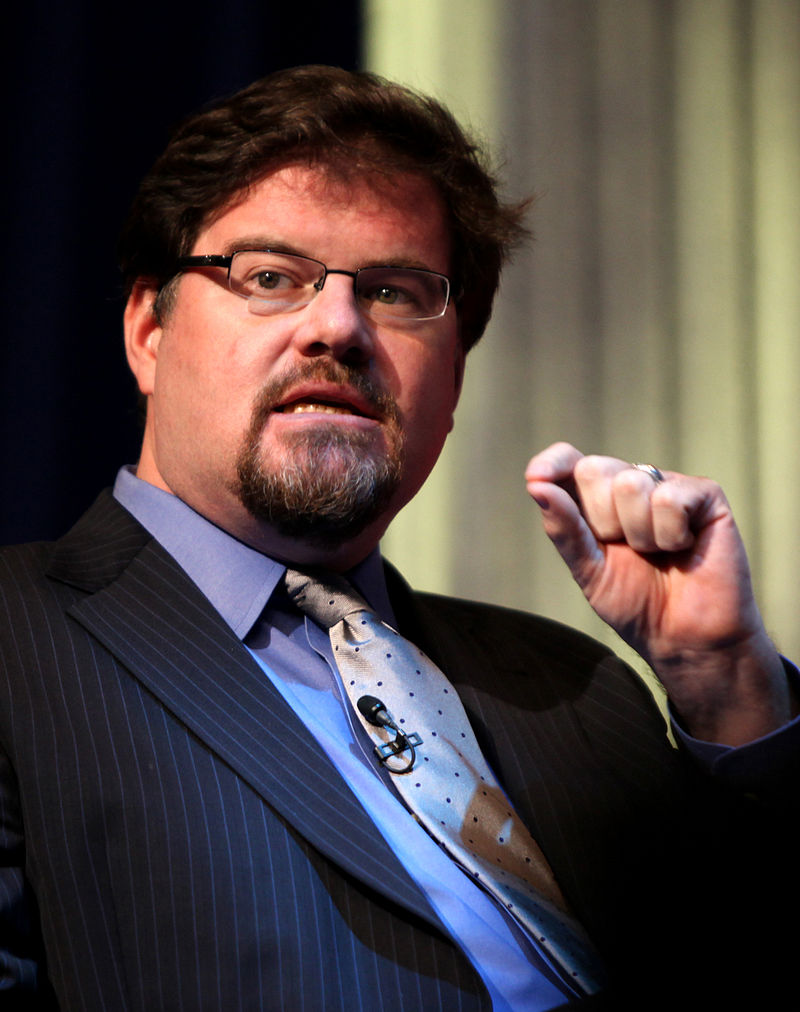 Over six months, the most cited think tank was the right-wing American Enterprise Institute, with fellow Jonah Goldberg appearing on the air seven times to discuss a range of topics, from his most recent book to Trump’s immigration stance. NPR has long had a fixation with Goldberg (FAIR.org, 7/13/17), and it’s clear this interest has not waned. Goldberg’s affiliations with the AEI are not mentioned in these interviews; instead, he’s described as a “conservative columnist.” (AEI has provided a home for some of the most extreme members of the foreign policy establishment, including John Bolton and John Yoo, as well as giving Charles Murray a base to write the pro-eugenics book The Bell Curve.)

The centrist think tank Woodrow Wilson International Center for Scholars, along with the right-wing think tanks the Heritage Foundation and the Center for Strategic and International Studies, followed behind AEI closely as the next most cited. Curiously, Morning Edition only mentioned the political leanings of any of these think tanks once, when a representative from “the conservative Heritage Foundation” was used to balance an argument by constitutional lawyer Neal Katyal against Trump’s travel ban (4/25/18).

Fellows from conservative think tanks were given the courtesy of lengthy interviews. Morning Edition (5/15/18) dedicated an entire segment to Arthur Brooks’ opinions on the political climate when he stepped down as the president of the American Enterprise Institute. Likewise, Stephen Moore from the Heritage Foundation gave interviews in three segments, and two fellows from CSIS were each given their own interview. Only once did a left-of-center think tank receive similar attention, when NPR‘s Steve Inskeep (4/13/18) interviewed Ruy Teixeira with the liberal Center for American Progress.

The center and right dominated coverage of some of the most-covered topics in the study period. When Trump and Russia were discussed, conservative and center-right analysts appeared seven times, while those from center-left and progressive groups were interviewed only three times. On North Korea, centrist think tanks monopolized coverage, with 15 cites; analysts from right-wing think tanks commented on North Korea twice, with progressive and center-left think tanks completely shut out. Right-wing think tanks were often sought out to comment broadly on Trump administration immigration policy, while progressive think tanks were mostly brought in for analysis of specific issues, such as food stamp work requirements or the effects of rising sea level on housing markets.

According to a PEW Research study, NPR’s audience is generally left of center, with 41 percent found to be “consistently liberal” and another 26 percent being “mostly liberal.” Despite this, Morning Edition marginalized viewpoints from left-of-center think tanks. Voices from the non-corporate end of the spectrum were especially left out, with progressive analysts accounting for only 8 percent of the total—a disappointing statistic from a network that was set up to provide an alternative to corporate-sponsored media.