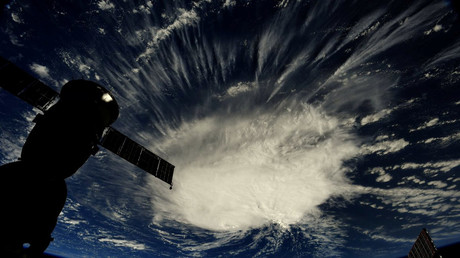 The US southeast coast is on alert for a potentially deadly strike from Hurricane Florence as forecasters predict it will strengthen to a Category 4 hurricane before making landfall later in the week.

It stated there is an “increasing risk of life threatening hazards” from storm surge and heavy rainfall but noted it was too early to determine the exact location, timing and magnitude of these impacts. Those on the coast and inland from South Carolina into the mid-Atlantic region should be on alert and have a hurricane plan in place, according to the agency.

Governors in Virginia, North Carolina and South Carolina have all declared states of emergency over the past two days in anticipation of the storm.

Hurricane Florence on Sunday had winds moving at 75 mph, and was 750 miles southeast of Bermuda, moving west at 6 mph.

Meteorologist Eric Holthaus warned on Twitter that it could become one of the worst storms in US history.

Not only are we dealing with a landfalling Category 4 hurricane — the same strength as Hugo in 1989 –but maybe also a multi-day heavy rainfall event which could produce catastrophic inland flooding.

All signs are that #Florence could be one of the worst storms in U.S. history.

Florence was previously named the first Category 4 hurricane of the 2018 Atlantic season last week, but later weakened to a tropical storm, before starting to regain its strength again.