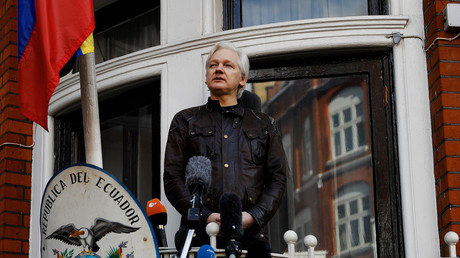 In a win for WikiLeaks, a journalist has won a Freedom of Information Act (FOIA) appeal with the Met Police to defend press freedom and reveal the existence of communications, between UK & US authorities, about WikiLeaks editors.

Stefania Maurizi, a La Repubblica journalist and longtime collaborator on WikiLeaks releases, has been pursuing various multi-jurisdictional FOIA requests about WikiLeaks and its founder Julian Assange over the past few years, and secured a victory against the Met at a first-tier Tribunal appeal.

The Met had refused one of Maurizi’s FOIA requests and would not even confirm or deny whether it has documents on three WikiLeaks journalists: Hrafnsson, Joseph Farrell and Sarah Harrison.

Nor would it reveal any details of its correspondence with US law enforcement agencies about the three WikiLeaks editors, including two British citizens, whose personal emails were secretly disclosed to US prosecutors after a court in East Virginia ordered Google to disclose their emails, contacts and IP addresses in 2012.

Maurizi argued that it is within the public interest to know whether the UK is communicating with the US about the journalists, two of whom are British citizens.

Also on rt.com
‘Biggest attack on freedom of speech in decades’ – WikiLeaks hits back against DNC lawsuit


The police argued that a journalist can’t make a FOIA request about another individual, despite Maurizi supplying written consent from the subjects. The tribunal confirmed this can be done with the subject’s consent, and ordered the police to confirm or deny the existence of communications between the Met and US authorities.

“Individuals should in principle be free, with appropriate consent provided, to rely upon an investigative journalist to seek to obtain their personal data and not be put to the bother of having to make a subject access request,” the tribunal found.

In a statement to RT, Maurizi’s lawyer Estelle Dehon said: “The tribunal also accepted that the Met Police confirming or denying whether it holds the information about the WikiLeaks journalists would be of interest to Ms Maurizi and to the public in the context of the subpoenas served in the US and the wider issues as to press freedom.”

The decision comes as a blow to UK authorities, as the Met must now reveal what documents it has on the WikiLeaks journalists by January 14, an important step in finding out more about US jurisdiction over foreign journalists and its case against Assange.