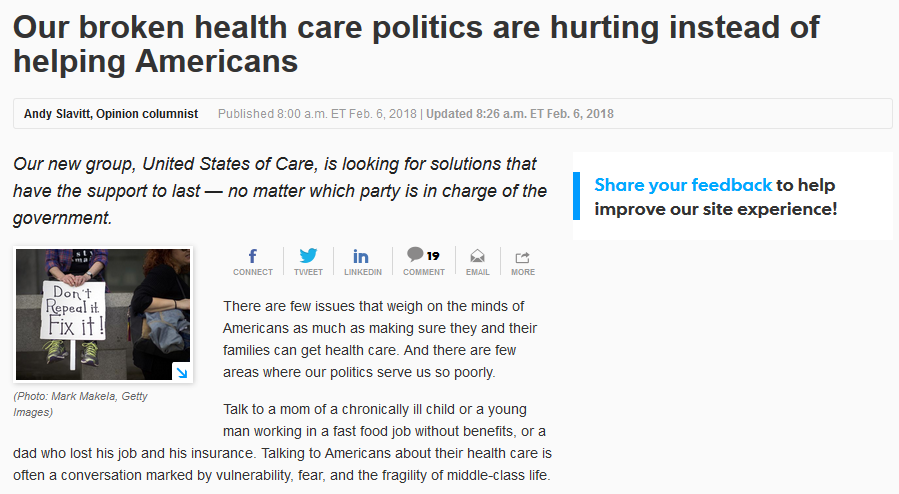 In recent years, there has been rapid growth in support for Medicare for All, a single-payer healthcare system that would guarantee the universal medical coverage that the Affordable Care Act failed to achieve with its passage in 2010. Sixty-four percent of Democrats support single-payer healthcare, while over half of Americans believe that the government should be responsible for ensuring coverage, according to surveys by Pew Research Center.

However, a new bipartisan, nonprofit advocacy group called the United States of Care looks as if it will attempt to throw a wrench into these plans, and corporate media have hurried to give them a platform.

Andy Slavitt, former head of the Centers for Medicare and Medicaid Services in the Obama administration, pro–Affordable Care Act activist, announced the creation of the USoC in an opinion piece for USA Today (2/6/18). Slavitt also has a long resume in the private sector: He was the founder of healthcare tech startup investor HealthAllies, a former UnitedHealth Group executive, a Goldman Sachs investment banker and a consultant for McKinsey & Co. The group also received a write-up in Axios (2/6/18) as well as a glowing profile from Bloomberg (2/6/18), which played up the group’s interest in promoting an “opening for bipartisan policy-making.” 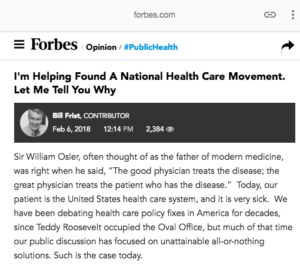 Former Republican Senate Majority Leader Bill Frist, a former heart surgeon known for his anti-science, anti-choice views, his advocacy for Medicare privatization and his misleading diagnosis in the Terri Schiavo case, also published an opinion piece in Forbes (2/6/18) to showcase the goals of the new group. Both Frist and Slavitt serve on the board of directors for the USoC.

Each of these articles is peppered with consultant doublespeak. In USA Today, Slavitt outlined his hopes to have the United States of Care rise above partisanship and unite Americans “in a common goal of putting the health of our nation over politics.” Never mind that with healthcare spending in the US amounting to more than one-sixth of GDP (and growing), any healthcare initiative is inherently political. Other wealthy countries spend roughly three-fifths as much as the US does on healthcare as a percentage of GDP, while maintaining better health outcomes, and in most cases guaranteeing free coverage paid for by the government.

Neither the USA Today piece, the Forbes piece nor the United States of Care website mentions single-payer, Medicare for All or anything related to government-guaranteed universal healthcare. The Bloomberg write-up mentioned Sanders’ Medicare for All bill in the context of USoC’s hope of “heading off increasingly volatile swings in health policy when political fortunes shift in Washington.” In other words, universal guaranteed coverage is not a goal, but a danger that USoC hopes to fend off.

In place of single-payer’s universal tax-funded health insurance, Slavitt’s USA Today op-ed and Frist’s Forbes piece op-ed uses the favorite catchphrases of the corporate approach to health: “access to healthcare” or “access to affordable care.” These buzzwords perpetuate the right-wing narrative that treats healthcare as a commodity rather than a human right, consigning it to a market that will inevitably leave people who can’t afford it uninsured.

Frist declares that a mission of the USoC is to find points “on which a majority of Americans agree.” If this were really true, why would government-guaranteed universal care in the form of single-payer, Medicare for All, or at the very least a public healthcare option, not fit this definition? If a majority of Americans support universal healthcare, why doesn’t the USoC? 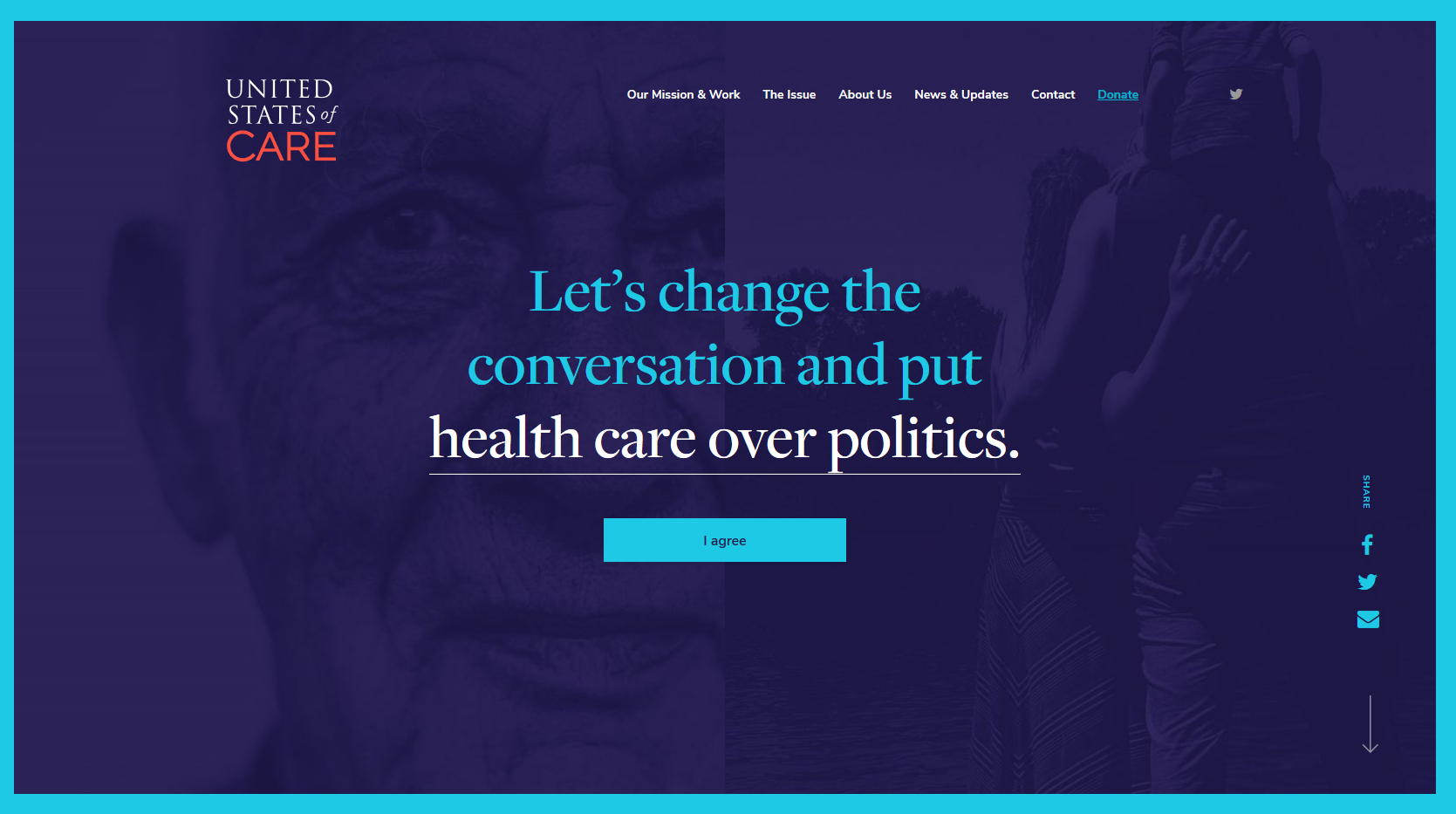 Tellingly, the group’s donors are not listed on their website. However, some of the group’s board members and founders council members signal how they plan to approach healthcare policy. In addition to Slavitt and Frist, they include:

While Slavitt, in a Twitter conversation with podcast host Katie Halper, explained that he was “not out to derail anything,” he also uneasily danced around the question of support for single-payer—on the grounds of political pragmatism—in a recent CNN interview (6/8/18). Regardless, the warm reception USoC has gotten so far from corporate media suggests that popular support for universal healthcare programs like Medicare for All will be met with undue skepticism and hostility from political and media establishment alike in the upcoming 2018 and 2020 elections.