‘Vote Leave’ campaign director, Dominic Cummings, has attacked Tory preparations for leaving the EU and warned that a Corbyn government is possible if the May-Hammond partnership isn’t removed.

The man widely hailed as the mastermind behind the referendum vote to leave the EU, has written an open letter to Tory MPs and donors describing the current Brexit strategy as a ‘shambles’, claiming that there is no chance the current Conservative leadership can navigate their way out of the mess they’ve created.

“There is effectively zero prospect of May’s team, totally underwater, solving these problems not least because they cannot see them,” says Cummings. 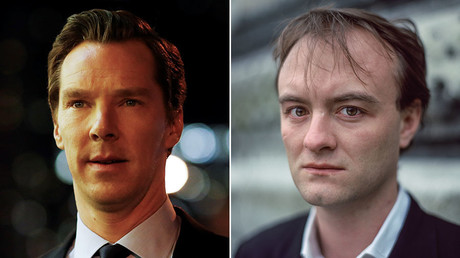 Furthermore, he suggests the current state of the Tory party is a “train wreck” that can only be resuscitated with a reconfiguring of Conservative Party policy, which ultimately means the “May/Hammond brand of stagnation punctuated by rubbish crisis management” must come to an end.

Cummings warns that “If you go into the 2022 [GE] campaign after five years of this and the contest is Tory promises versus Corbyn promises, you will be maximising the odds of Corbyn as PM”.

The former ‘Vote Leave’ leader expressed his frustration at the contrast between the Tory 2017 manifesto, that promised to “leave the single market and customs union and the jurisdiction of the ECJ” and the reality being played out by May’s government.

The manifesto promises on Brexit required the Tories to prepare for a “third country” position for the purposes of EU law, which they have failed to do, detailed Cummings. Cummings suggests the fact no infrastructure and facilities have been prepared, a necessary requirement to conduct trading relationships with the world, means the government cannot carry out their promises.

The political strategist claims this “process should have started BEFORE triggering A50 but the government has irretrievably botched this,” suggesting ministers such as Philip Hammond, the Chancellor and ‘pro-remainer’, are happy about this.

On the subject of the Irish border, Cummings is of the view that trying to sell the line that it’s complex and the UK needs to ensure the future of the Union and maintain peace through some customs arrangement will end badly for the Tories.

I love the Dominic Cummings memo – Robespierre turning on everyone, urging death & destruction. The more from Dominic the better, so people understand how extreme & Thatcherite this Cummings/Farage/Gove/Mogg revolution really is

Cummings is right but for the wrong reasons. #Brexit was always going to be a terrible train wreck because of its inner contradictions. Trying to remove UK from the world‘s strongest trading block without a plan is simply absurd

“The public, when they tune back in at some point, will consider any argument based on Ireland as such obvious bullshit you must be lying. Given they already think you lie about everything, it won’t be a stretch,” he warned.

It comes as the Times reports that Theresa May is to ask the EU to extend the transition period to 2023, some seven years after the EU referendum, to give the government time to implement new customs arrangements and avoid a hard border in Ireland.

READ MORE: ‘Rees-Mogg for PM’: Tory MP attacks May as the problem with Brexit

Cummings hit the headlines recently when he refused to appear before the digital, culture, media and sport committee to assist in their investigation of fake news, reportedly angering MPs on the committee. According to the Guardian, the ‘Vote Leave’ leader told the committee that he was unwilling to answer questions until the Electoral Commission had concluded its investigation into his campaign.