Theresa May and Philip Hammond could be on the brink of an intra-party war, after the prime minister took control of final budget briefings when it was described as “the worst budget build-up in history” by a source from within cabinet. 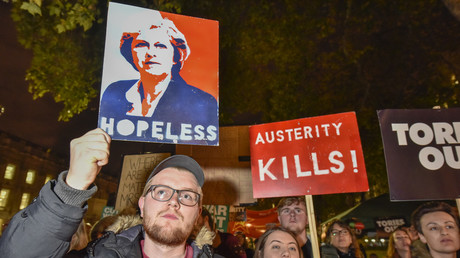 May’s relationship with her chancellor has eroded in recent months, after bitter clashes between the two and in the lead up to the budget.

The PM is said to fear Hammond’s retribution if she fires him in her New Year’s cabinet reshuffle. A close ally told the Sun “there’s no doubt Hammond would do ‘a Geoffrey Howe’ on her from the backbenches. He wouldn’t hold back, and that would be fatal with the state the party is in.”

Geoffrey Howe resigned in 1990 with a stinging attack on Margaret Thatcher, and spent his time from the backbenches criticising her performance until she finally she was toppled later that year.

Hammond’s prospects of staying on as chancellor of the Exchequer are understood to depend on him delivering a budget that is deemed nearly impossibly by those within the conservative party.

The minister will unveil his second budget today, promising that the big reveal will show a Conservative government that will “invest to secure a bright future for Britain” and will make the United Kingdom “fit for the future.”

When he speaks today in Commons at about 12:30 GMT, Hammond is expected to tell Parliament that Britain must “seize the opportunities” as an independent trading nation following the exit from the European Union.

He will update the nation on how the economy and public finances are faring, and what is forecast for the coming years. He will also set out the conservative government’s proposed spending and tax changes in the first autumn budget in 21 years.

For the education sector, more money is expected for teacher training and to promote mathematics skills – schools will receive £600 (US$795) for every extra student who takes Maths A-Levels. According to the BBC, the UK can expect an extra £2.3 billion for research and development. Another £1.7 billion will be allocated to transport links, and the youth rail card discount will now be capped for people aged up to 30, instead of 25. 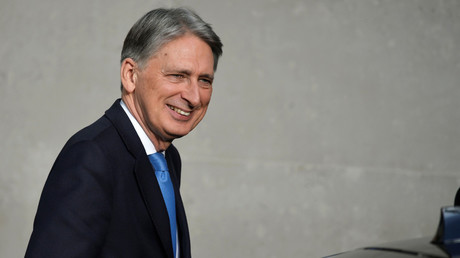 “In this budget, we express our resolve to look forwards, to embrace change, to meet our challenges head on, and to seize the opportunities for Britain,” Hammond will say today. “For the first time in decades, Britain is genuinely at the forefront of a technological revolution, not just in our universities and research institutes, but this time in the commercial development labs of our great companies and on the factory floors and business parks across the land.”

To usher Britain into the tech revolution, Hammond is expected to announce extra money for the next generation of 5G mobile networks and new charge points for electric cars. The chancellor is also expected to pledge assistance to struggling families, work on the cost of living, and address the UK’s housing crisis by assisting small builders and by speeding up permitted housing developments to assist with the accommodation shortage currently gripping the nation.