A man is being sought by British Transport Police after he allegedly stabbed another passenger in the face aboard a train on the London Underground following a row – the latest attack in the city’s ongoing knife crime epidemic.

The attack happened shortly before 1am in the early hours of Sunday morning in a carriage traveling on the network’s Central Line between Mile End and Bethnal Green stations. 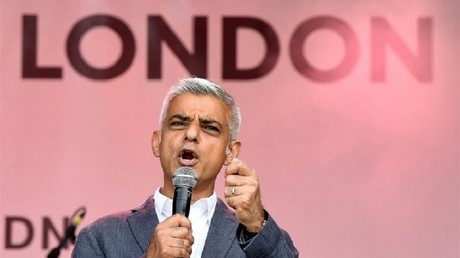 Witnesses to the incident claim the victim was “stabbed in the face” following an argument with another passenger, who fled the scene after the attack

Pictures surfacing on social media show the victim with a blood-soaked sweatshirt seemingly looking at his injuries on his phone. Another image shows newspapers used to mop up blood that had gathered on the floor of the carriage.

Paramedics from the London Ambulance Service later treated the man for his injuries, which are apparently not life threatening.

Stills of CCTV footage of the man believed to be behind the attack have been released by the British Transport Police, which have appealed to the public for any information that will help track down the man.

The attack is the latest in a growing number of stabbings to have gripped the British capital in 2018, which is in the midst of a knife crime epidemic.

Knife crime prevention has become a hot topic for London Mayor Sadiq Khan, who has come under fire for his “failure” to get a handle on the spike in incidents.

Earlier this month, a former superintendent for the London Metropolitan Police hit out at Khan for having “no coherent strategy” to deal with knife crime and lack of a “wider holistic approach.”

As part of efforts to curb the rise, Khan has overseen the creation of a Violent Crime Taskforce, with over 150 police officers focused solely on the solving the issue.

Recent statistics provided by the London Metropolitan Police show 1,299 stabbings in London up to the end of April, with stabbings at their highest in the city in six years.