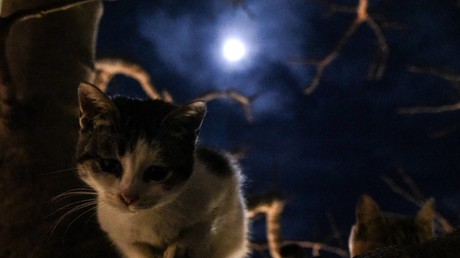 A 31-year old man has been arrested in Northamptonshire in connection with the murder and mutilation of five cats in the area between August and November 2017.

The suspect, arrested in connection with arson and cat mutilations, has been released, but is still under investigation. Northamptonshire police confirmed they are liaising with London’s Metropolitan police in connection with the ongoing Operation Takahe, an investigation into a slew of animal murders across the UK linked to the so-called Croydon Cat Killer. The cat killings are believed to have started in Croydon in October 2015.

Despite media headlines, a charity working to bring the UK cat killer(s) to justice doesn’t believe the arrest will necessarily lead to a breakthrough in the ongoing investigations into animal killings and mutilations. While the Northamptonshire attacks were similar in its modus operandi to the Croydon killings, police have yet to find any tangible connection linking the crimes in the two areas.

“In terms of the cases, we have over 400 incidents logged nationwide,” Boudicca Rising, co-founder of South Norwood Animal Rescue and Liberty (SNARL) told RT.com. “The charges the killer/killers face are multiple charges of criminal damage, trespass and possibly outraging public decency.”

Over the December holiday period, a spate of attacks against animals, involving mutilation and decapitation, was reported ranging from North and South London, to Buckinghamshire and Kent.

“What is really clear from the timeline over Christmas is that he was in South London and then started travelling again,” Rising previously told Sky News. “We have always thought he is a South London resident. He seemed at ease with getting around and the killings seemed more confident.”

The Met, the RSPCA, PETA UK and SNARL have all collaborated on the investigation. A £10,000 reward has been offered for information leading to the arrest of the animal killer/s.

“We are aware of the Metropolitan Police investigation, Operation Takehe, into similar offences in the London area, and we will continue to work closely with them as part of our ongoing investigation,” a spokesperson for the Northamptonshire police told The Independent, adding, “There are a lot of similarities” to other cases from elsewhere in the UK.

A forensics laboratory at the University of Surrey has been examining the remains of dozens of dismembered animals reports The Independent.