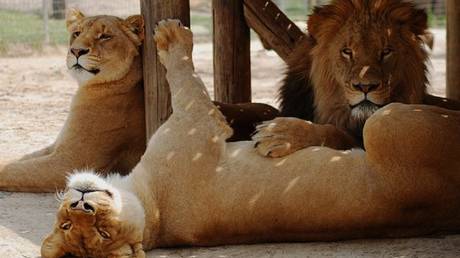 A 22-year-old woman who had been interning at a zoo in North Carolina has been brutally killed by a lion who escaped from its cage while the enclosure was being cleaned.

Alexandra Black from New Palestine, Indiana was mauled to death in the lion attack at the Conservators Center, a 45-acre wildlife park in rural Caswell County, on Sunday.

“She was a beautiful young woman who had just started her career, there was a terrible accident, and we are mourning,” Black’s family said in a statement to the Indy Star. “But she died following her passion.”

Black was a recent graduate of Indiana University and had only been working at the center for 10 days. However, this was her fourth such internship.

Just arriving in Burlington – where a lion at the Conservators’ Center mauled a worker to death today. We’re being told the animal somehow left a locked area. The nonprofit is closed until further notice. #ABC11pic.twitter.com/BmcWEsCcvT

The attack took place as a team of keepers cleaned the lion’s enclosure. The clean-up was led by a professional animal keeper, but the park had not been accredited by the Association of Zoos & Aquariums, which gives members advice on how to ensure staff and visitor safety, reports USA Today.

“This is the worst day of my life. We’ve lost a person. We’ve lost an animal. We have lost the faith in ourselves a little today,” said the center’s executive director, Mindy Stinner.

The wildlife site houses more than 80 animals and 21 species, and employs more than a dozen workers. The name of the lion was not immediately made available although several reports claim it was a male lion named Matthai. The center posted on Friday about its 15 African lions, including “a very special lioness.”

The park will remain closed until further notice while law enforcement and Conservators Center officials investigate the tragic incident.