The UK “can’t afford” to ignore the lucrative benefits of legalizing cannabis, an international development organization has warned, claiming the class-B drug could earn the economy up to £3.5 billion ($4.7 billion) a year.

While Westminster is at loggerheads over the much-debated issue of legalizing the drug for medical purposes, a new report published on Saturday by Health Poverty Action sets out huge economic and social benefits that the country could yield from cannabis tax income.

Martin Drewry, director of the non-profit Health Poverty Action, said: “This week Canada will become the first G7 country to vote to legalize and regulate cannabis, it is clear that the war on drugs has failed and that responsible regulation protecting public health is the way forward.” 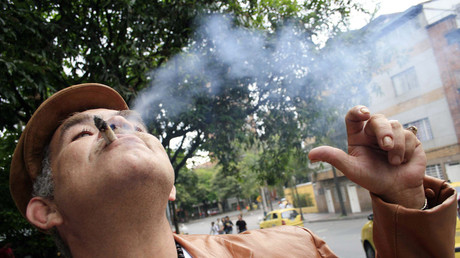 The report argues that the money gained by legalizing cannabis could be used to support public services. It singled out the NHS, which is facing an unprecedented staff and funding crisis, claiming that revenue from cannabis taxation could write off the service’s £1 billion ($1.3 billion) deficit.

“And with the NHS on the brink, this kind of tax revenue is hard to ignore. The time has come for the UK to catch up with this global shift – we really cannot afford to be left behind,” Drewry said.

The research also dismissed the idea that legalization would increase consumption among young people.

“The early indications from the US states where the newly regulated markets are most developed, are that teenage use of cannabis has not risen, as opponents of legalization had feared; whilst at the same time new cannabis taxes are bringing in vital revenues to help fund public services,” the study’s authors state.

The report comes shortly after an all-party parliamentary committee (APPG) heard from four MPs, who are also doctors, arguing for the legalization of cannabis for medical use. If approved, it would be the first step towards Britain’s complete legalization of the drug.

While the Greens and the Liberal Democrats are enthusiastic about a regulated cannabis market, the two main parties, the ruling Conservatives and the opposition Labour Party, are yet to be swayed.

The Home Office recently said that it has no plans to legalize the drug. The government argues that legalizing cannabis “would send the wrong message to the vast majority of people who do not take drugs.”

The APPG’s co-chair Mike Penning sought to crush the hopes of those campaigning for legalization, saying: “I would not be part of or even consider being a party of an APPG where [legalization] was the end goal.”