Janine Jackson interviewedJessica Mason Pieklo about abortion rights for the January 26, 2018, episode of CounterSpin. This is a lightly edited transcript.

Janine Jackson: The Raleigh, North Carolina, News & Observer quoted a GOP congressman recently: “As someone who has fought in the trenches for the pro-life movement for decades, I have never been more encouraged,” says Robert Pittenger. And one can see why. With appointments and executive orders and so-called religious freedom exemptions, the Trump administration has moved to restrict or override women’s legal right to abortion in myriad ways.

On the campaign trail, Trump announced his intention to create a Supreme Court that would overturn the landmark Roe v. Wade decision, whose 45th anniversary we’re celebrating this week. Joining us now to talk about where we’re at in the struggle for reproductive justice is Jessica Mason Pieklo, vice president of law and the courts at Rewire. She joins us now by phone from Colorado. Welcome back to CounterSpin, Jessica Mason Pieklo.

Jessica Mason Pieklo: Thank you so much; it’s a pleasure to be back. 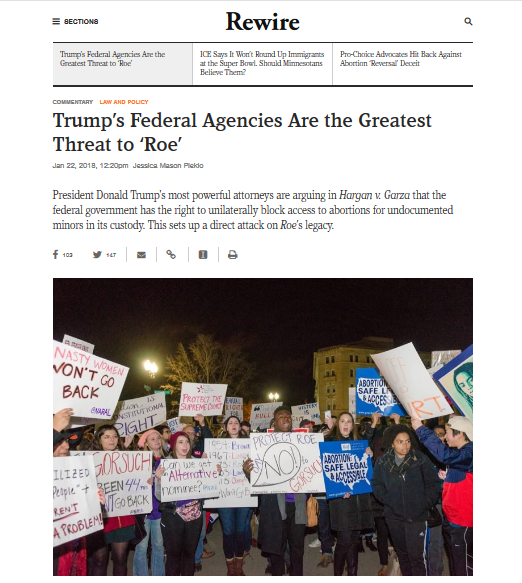 JJ: We can, of course, point to numerous ways that the Trump administration is a threat to women’s rights, including the right to choose abortion. But in a recent piece for Rewire, you lift up this case of Hargan v. Garza, that many might not know about, as having special significance in relation to Roe. What should we know about Hargan v. Garza?

JMP: Hargan v. Garza is the case that involved, at the latest count now, four undocumented minors, in custody of the Trump administration, who were pregnant and requested an abortion, as is their right; and the administration has done everything they possibly can to prevent them from accessing that medical service, including flat-out refusing to transport them to appointments.

And so the ACLU caught wind of this, and sued on behalf of one of the minors, Jane Doe, and since then, three others have come forward, and it has taken several lower court rulings; and the case is now sitting before the Supreme Court, while the Trump administration really tries to flesh out this legal argument that it is within the right of the government to do more or less whatever it feels it is empowered to do to block access to abortion care for—at this point—those who are in federal custody, although one thing we’ve seen with the administration is they don’t tend to keep these things isolated. This is designed to spread broadly as policy.

JJ: And there is an explicit policy on the books that was established, it’s not just kind of the way things are going. They actually wrote down something about prohibiting federally funded shelters from…what was this, now? 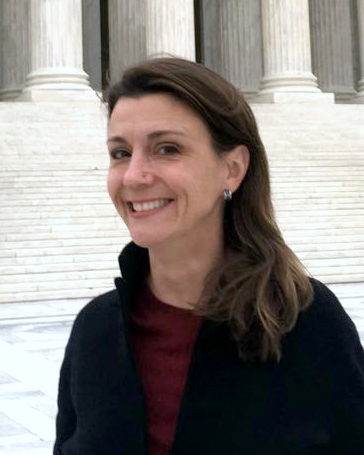 Jessica Mason Pieklo: “This is a really radical position that we haven’t seen conservatives take in the courts with any seriousness before.”

JMP: They did. So the Office of Refugee Resettlement is the agency that’s in charge of handling and sort of facilitating arrangements for undocumented people in federal custody, and their new policy now, and this is new, is that they will not do anything to facilitate access to abortion for undocumented people in their care. And that is blatantly unconstitutional to do that, but it is, as you said, an actual policy that they wrote down and instructed staff members to abide by.

And they are defending it with a full-throated defense before the courts, and the argument is an evolution that we saw from attacks on the birth control benefit from religious conservatives that said that providing health insurance coverage would facilitate a violation of sincerely held religious beliefs that they had. The Trump administration, here, is saying that facilitating access to abortion care is in violation of the state’s interests in promoting and protecting fetal life.

JJ: I see. Well, we see access to birth control, including abortion, as a unifying cause for women, which it is. But this case I see underscoring the need to recognize the particular ways that this denial of rights happens, where factors like immigrant status, like race, like age, come into play; and we have to organize across that difference, or recognizing that difference.

JMP: Absolutely. I think what’s important in the Garza case, too, is that these minors, they’re held in the state of Texas; and they have done everything to abide by the really onerous restrictions that the state has in accessing an abortion, including, for minors, going through a judicial bypass proceeding, and that’s where a minor has to petition a court for, effectively, parental consent to move forward with the procedure. These minors all did that, and the courts all ruled that they were allowed and could proceed with accessing an abortion.

And then the federal government came in and said: No. We will not do that. Our power is absolute in this regard.

And thankfully, so far, the federal courts have really pushed back against that, but even to be arguing such a position is a real…. I mean, it’s not just a shift from the Obama administration; this is a really radical position that we haven’t seen conservatives take in the courts with any seriousness before.

JJ: Let me just ask you, when we talked with you a couple of years ago, you made a reference to Roe as affirming a right to choose as a fundamental right, but not necessarily embracing the idea that abortion is a fundamental component of a full spectrum of healthcare. And I’m wondering, is there a need for more robust or more specific law, and where would that come from?

JMP: We’re seeing some of that already in states that have more liberal and progressive leadership; places like California and Oregon have recently passed nondiscrimination laws related to healthcare that are designed to really embrace that whole spectrum of care, including abortion and contraception. So I think passing laws is certainly one way to protect those rights.

But even in the passage of those laws, we still have the ideological opposition from religious conservatives, who hold a great deal of political power in this country. So we’ll be defending those laws, but then we also still have to figure out a way to crack that cultural conversation, and figure out how to do that through the law, in a way that gets to the law really embracing abortion, contraception, sterilization, all of these as full spectrums of reproduction healthcare and autonomy.

JJ: That was the other big takeaway that I got from your piece and from others, is that the law is critical but, as you say, the Republicans and abortion opponents don’t tend to keep these things isolated, so we have to keep our focus on whether abortion is a realizable right, an accessible right, and not just whether or not it’s still legal on the books.

JMP: Absolutely. I mean, legality means nothing if there is no access, and we see them attacking access at every single point, whether it’s legislatively, through attempts to rollback abortion rights…. And we’ve seen it at Congress right now, right, they have a 20-week abortion ban that they’ll probably be voting on sometime next week. So that’s at the federal level; that’s not even what the states are doing. We also see pinches on access at the front door through the antiabortion protest movement, and that’s seen a real resurgence since the Trump administration took power. And so you’re absolutely right; the law can only do so much, and it’s important that we keep the protections that we have, but really focusing on access, and getting people the nuts and bolts care they need, is I think a principal goal and target, too. 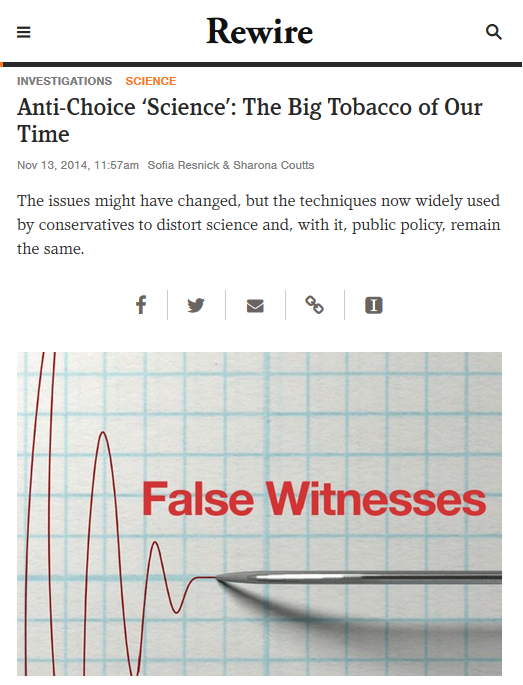 JJ: I do wonder what effect it would have if journalists stopped reporting abortion as  a social hot potato, overwhelmingly, and talked about it in a human rights frame. And then also, if they stopped—and this is almost a sub-point—if they would stop entertaining pseudoscience. You know, we don’t say that no one has a right to believe that the Earth is flat, but we do say that we won’t quote them in news articles, much less make policy around the notion. What other things, or what would you like to see from media?

JMP:  Oh, I think those are all excellent points, especially this idea that it’s a hot potato; the data tells us exactly the opposite, right? Data tells us that 7 in 10 people in this country really, firmly, fully support a patient’s right to choose to terminate a pregnancy if they need to or want to; that abortion isn’t the kind of conversation that has to happen in whispered tones. And so there’s a lot of reinforcing of stigma that happens when the media report on these things.

And with regard to the junk science that’s infiltrating so much of this legislation, your point is exactly on the money. I mean, it would be fantastic to see organizations and publications like the New York Times actually push folks like the Lozier Institute, who are making these outrageous claims that mainstream science does not agree with, instead of just reporting that as the “he said, she said” kind of model; it’s doing real damage to the practice of medicine. And when we’re talking about that in the context of reproductive healthcare, that is really, sincerely endangering people’s lives.

JMP:  Thank you so much for having me; always a pleasure.