The billionaire Koch brothers are launching a campaign against President Donald Trump’s tariffs and trade policies, denouncing them as bad for business.

Industrialists Charles and David Koch will spread their message through Koch network group’s Freedom Partners, Americans for Prosperity, and the LIBRE Initiative, they announced on Monday. The campaign will use ads, activists, lobbying and policy analysts, “all intended to transform the way Washington and the rest of the country consider and value trade with other nations.”

“This campaign makes a clear statement: Trade is a major priority for our network. We will work aggressively to educate policymakers and others about the facts,” James Davis of Freedom Partners said in a statement. “Tariffs and other trade barriers make us poorer. They raise prices for those who can least afford it.”

While the Trump administration has taken “some incredibly positive steps for the American economy,” the new tariffs will “undercut that progress and needlessly hamstring our full economic potential,” said Americans for Prosperity president Tim Phillips. 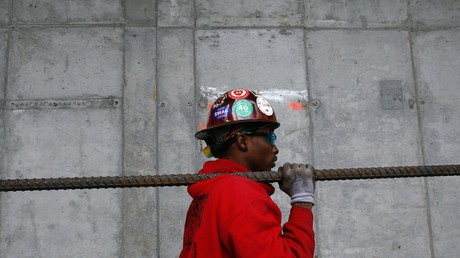 Last week, the Trump administration implemented the tariffs on steel and aluminum imports from Canada, Mexico and the European Union. Canada has retaliated with tariffs on a range of US imports, including toilet paper. The Kochs own Georgia Pacific, a major toilet paper supplier.

Politics and trade make for strange bedfellows, apparently. The Kochs’ anti-tariff push has aligned them with the Democrats, who have spent years demonizing the brothers as the source of all evil. For example, the Kochs were accused of being behind Trump’s decision to pull out of the Paris Climate Agreement in January 2017.

During the 2016 presidential campaign, however, the Kochs were rebuffed by Trump and indicated they would rather donate to his Democratic opponent, Hillary Clinton. Just last week, the brothers funded an ad thanking Senator Heidi Heitkamp (D-North Dakota) for backing a banking deregulation bill they approved of. The Kochs have also supported efforts in Congress to give amnesty to many immigrants in the US illegally, favored by Democrats and anti-Trump Republicans.

A group of Republicans in the Senate, led by Bob Corker (R-Tennessee), is hoping to get Democrats’ support to “push back” on Trump’s tariffs. Corker has openly broken with Trump and is not seeking re-election in November.

Groups opposed to the tariffs have argued that they might result in the loss of anywhere between 400,000 and 2.6 million American jobs. Trump has countered by promising better trade deals and pointing to the just-released statistics for May, showing the US economy added 223,000 jobs and pushed the unemployment rate to 3.8 percent, the lowest it has been in 18 years.

Farmers have not been doing well for 15 years. Mexico, Canada, China and others have treated them unfairly. By the time I finish trade talks, that will change. Big trade barriers against U.S. farmers, and other businesses, will finally be broken. Massive trade deficits no longer!