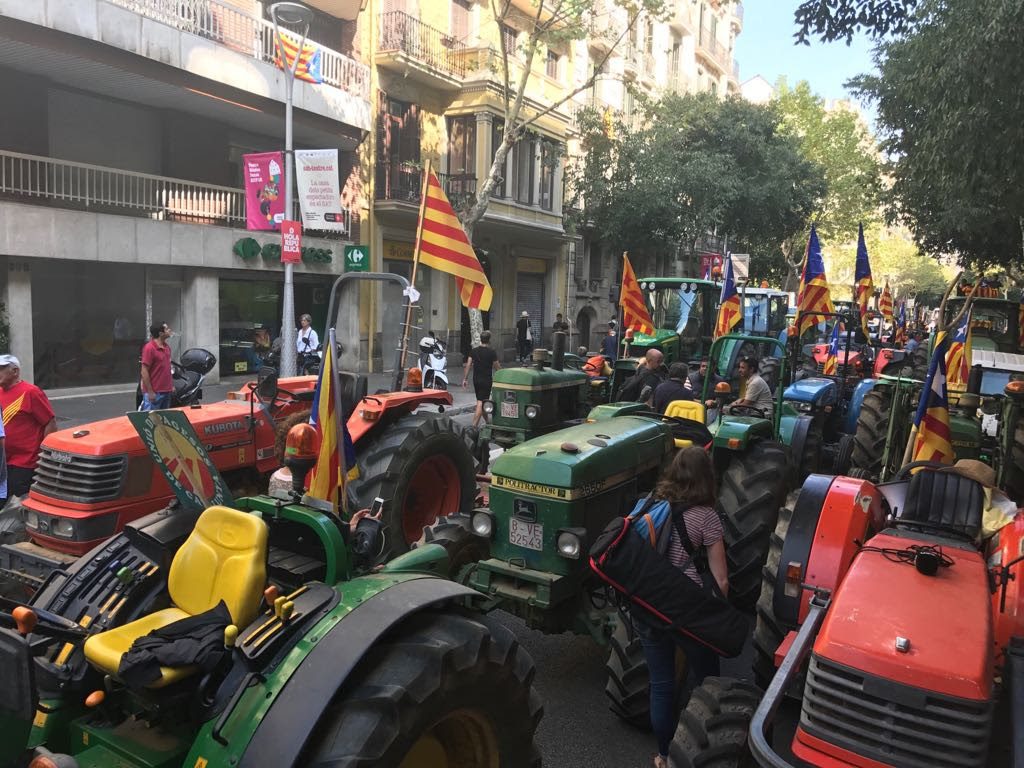 The recent years of economic crisis in Spain have had two major consequences in the political landscape: the arrival of progressive political movements and the collapse of the two-party system. At the same time, a sovereignty movement, with the ability to mobilise large sectors of society, has emerged in Catalonia. As the referendum approaches, the central government has multiplied its efforts to stop it from taking place, raising again the spectre of franquismo in the collective memory. This has been met with widespread opposition and paradoxically a growing wave of solidarity with the right to self-determination has been seen. In light of all this, the holding of the referendum will take place in very uncertain circumstances, besieged on one hand by denouncements, seizing of electoral material and arrests from the central government, and on the other with large mobilisations and calls for disobedience from the Generalitat (the Catalan government). What is at stake on October 1st in Catalonia? To address this we have interviewed Joan Tafalla, History professor and member of Espacio Marx.

Alex Anfruns: The Spanish government has reinforced the police presence in Catalonia. Do you think this may put a stop to the referendum? In which way?

Joan Tafalla: I think the strong police presence in Catalonia will be overwhelmed by the large masses that are participating in the process, organising in this moment, occupying schools and keeping them open until Sunday….