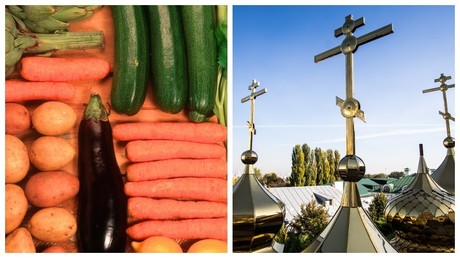 Should veganism be treated as a religion? This is what a UK court will assess, after a man claimed he was sacked for being a vegan. Media branded the case ‘landmark’ but not all are convinced, sparking some angry debate online.

Jordi Casamitjana says he was sacked by League Against Cruel Sports after he blew the whistle on the animal welfare charity investing pension funds in companies that carried out animal testing. The man claims he went on to tell fellow employees about the investments, and that he was subsequently laid off over a “combination of whistleblowing and discrimination.”

Casamitjana explained how he sees himself as an “ethical vegan,” because for him it’s about caring not only for his health but for animals and the environment too. His plant-based diet has therefore blown into a full-scale “belief” which, he says, “affects every single aspect of my life.”

Now an employment tribunal will assess next March whether veganism can be a “philosophical belief” and thus be protected by law.

The League has denied allegations they fired the employee for being vegan or for whistleblowing, and said he was given the boot because of “gross misconduct.”: “To link his dismissal with issues pertaining to veganism is factually wrong,” the firm said in a statement to the BBC.

But while the BBC and some other media have run the story calling it a “landmark case,” many online have failed to see the supposed significance, hitting out at the man for trying to equate veganism to a full-blown religion, and personal beliefs to minority rights.

No, #Veganism should not be protected by law as being akin to religion, because the same could be said about any belief, including people who believe in eating meat! We’d need laws to cover every single possible belief!!! What a waste of resources #Veganhttps://t.co/51wKmnD175

I wish he could pursue action against the hypocrisy of the company without having to turn veganism into a religion. Militant vegans have often told me specieism is the same thing as racism; I don’t want another group of mostly white people citing discrimination on par with POC.

Many squarely pointed out that disclosing a company’s data is not usually tolerated, regardless of one’s beliefs.

I have no issue with him being vegan. What this case is actually about is him breaking protocol and therefore being dismissed because of it. He should have raised a quiet ethical objection to it to his bosses and he would have dealt with other things.

The man himself says why he was sacked and it wasn’t because he is a vegan. Let him have his 15 minutes and then wallop him with a nice big dose of reality. You can’t divulge company information without permission and expect to get away with it, vegan or not.

I support anyone wishing to live a Vegan life. However, releasing confidential information is a firing offense regardless of one’s beliefs except for criminal activity. Veganism does resemble faith. Maybe it should have religious status. Doesn’t excuse workplace misbehavior.

Others were dismayed that it may pave the way for similar cases, meaning everyone will feel entitled to claim the right to do whatever they believe in, like a man “suing TFL [Transport for London] for not allowing him to drive the train while drinking whisky.”

Man who religiously drinks Scottish whisky sues TFL for not allowing him to drive the train while drinking whisky.

Star trek fan demands the right to exclusively speak Klingon while at work.

Apparently someone disclosed sensitive company information and gets sacked. The person who gets sacked then claims he was discriminated against because he is vegan. Are you serious?

Next time I lose a job I’ll say my company was sexist and sacked me because I was a man… pic.twitter.com/l2xGk978Dc

Holy shit. The year is getting more and more ridiculous 🤦🏻‍♂️ and I want meat eating to be recognised as an official belief and protected. I also want being tall recognised and properly protected. I’m 6’4” and table tops are way too low for me. Demand compensation for this!!! #gtfoh

Vegans, it seems, weren’t exactly on the same page with Casamitjana either.

I have mixed feelings on this one. I’m a bit concerned that those who call veganism a cult will use it because he’s looking for it no be recognised as a philosophical belief akin to religion.

Veganism certainly isn’t a religion. I am a #vegan I am not a follower of any religion

Then there were those who just couldn’t resist:

If vegan is a religion I want to be the first to see a broccoli or a carrot statue behind worship at veganholic church . 😂😂

I am an Omivore. I shall start a sect.

Curiously, the tribunal on veganism and beliefs in March will not even be the first deliberations of its kind. In 2011, a university student in Ontario, Canada, filed a discrimination lawsuit with the Human Rights Commission, saying that she had been “demonized” by some of her professors for equating “the value of animals to the value of humans.”

The university argued that ethical veganism wasn’t protected under the human rights code. But five years later, Ontario vegans seeking legal protection were given hope by a new definition of “creed,” expanded to include non-religious beliefs. It took a rare separate statement by the commission to explain that veganism wasn’t clearly acknowledged as a creed, and it’s still up to tribunals and courts to define it.