NBC has achieved the seemingly impossible, somehow managing to incorporate mysterious brain-zapping weapons, evidence-free accusations from anonymous US officials, and Russia, into a juicy smorgasbord of journalistic excellence.

The bombshell report opens with a phrase that every American schoolchild already knows by heart – “Russia is likely behind” – but this is no ordinary, Pulitzer-prize winning morsel of security state stenography. This time, the Russians “likely” targeted US diplomats stationed in Cuba and China with a powerful brain-altering weapon (which has yet to be identified/confirmed to actually exist), resulting in various injuries, ranging from hearing loss to “problems with cognition.” 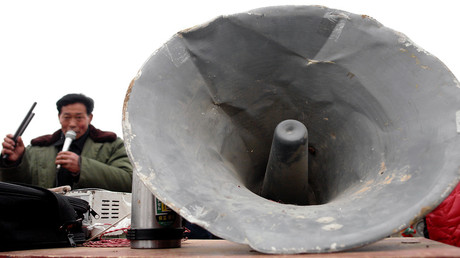 This important public service announcement was made possible by none other than America’s most reliable, squeaky clean source for sensational claims levelled against Russia, “anonymous US officials.”

According to these nameless monoliths of integrity, “evidence from communications intercepts” point to Moscow’s culpability in the unexplained “attacks” on US personnel working in faraway lands.

Although obviously a slam-dunk case, for the sake of balance NBC helpfully disclosed that its US government sources “declined to elaborate on the nature of the intelligence” and that, in fact, “the evidence is not yet conclusive enough for the US to formally assign blame to Moscow.”

Later we even learn that “it’s unclear how firmly US evidence indicating Russia was behind the Cuba cases extends to China, where the investigation is still in the early stages.”

If you’re wondering why this article was even published in the first place – since it contradicts itself nearly every other sentence – look no further than the paragraph that urges Donald Trump to take action against Moscow for these heinous, unsubstantiated crimes.

“If Russia did use a futuristic weapon to damage the brains of US personnel, it would mark a stunning escalation in Russian aggression toward Western nations,” NBC declared, channelling its inner-State Department spokesperson. The revered news outlet added matter-of-factly that if the devilish brain-zapping rays did originate in Moscow, the revelation would “trigger outrage in Congress and foreign capitals and calls for an immediate, concerted response, especially as President Donald Trump faces continued questions about his willingness to challenge Russia and President Vladimir Putin.”

“I would caution you all to be very skeptical of those officials’ statements right now as you should be aware the investigation continues,” Heather Nauert said at the press briefing on Tuesday. “There is no known cause, no known individual or group believed to be responsible at this time. We have not assigned any blame and we continue to look into it.”