As the migrant caravan continues to polarize America, the battle to control the narrative is heating up: More than 170 TV stations owned by a pro-Trump family have aired a “must-run” segment blasting the migrants as invaders.

The latest instalment of the periodic “must-run” commentary by Sinclair’s chief political analyst and former aide of President Donald Trump, Boris Epshteyn, focused on the migrant caravan at the US-Mexico border. All of Sinclair’s 173 local television stations were required to run the segment, according to reports. Speaking on the hot topic in a brief commentary, Epshteyn described the clashes between hundreds of migrants and US border guards earlier this week as “an attempted invasion of our country.”

He went on to accuse “some on the left” of not supporting “our men and women in uniform” who guard the border.

“Here’s the bottom line: The notion that a caravan of migrants can be allowed to break through our borders is ludicrous and dangerous. The United States of America should not and cannot be intimidated by those willing to use force to get into our country illegally.”

Sinclair’s “must-run” policy made headlines in March, when the company forced anchors to read verbatim a script praising the “quality, balanced journalism” of local Sinclair stations, while bemoaning the “sharing of biased and false news” by liberal-leaning national broadcasters.

Epshteyn’s own mandatory pontifications made a splash over the summer, when he defended the Trump administration’s family separation policy at the border. 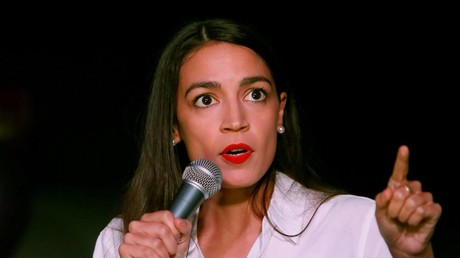 Sinclair is owned by a deeply conservative family, and the company’s chairman has stated openly that the media conglomerate is ready and willing to “deliver” US President Donald Trump’s “message.”

The 7,000-strong migrant caravan has created a number of extreme and conflicting narratives.

On the opposite side of the spectrum, Trump insisted that some migrants had “grabbed” random children to increase their chances of being granted asylum. He also pushed back at outrage that US border agents had used tear gas to disperse migrants who had tried to force their way across the border, calling the substance “very safe.”

And while liberal outlets have presented the caravan as largely composed of women and children fleeing instability in Central America, on-the-ground reporting by none other than MSNBC found otherwise.

“You’re going to see a lot of families here, a lot of women and children, but the truth is the majority of the people that are part of this caravan… the majority of them are men,” MSNBC correspondent Gadi Schwartz said during a live report from Tijuana, Mexico.

MSNBC reporter Gadi Schwartz busts his own network’s narrative about the caravan:

“From what we’ve seen, the majority are actually men and some of these men have not articulated that need for asylum.” pic.twitter.com/hgJRTSkwjq

The fate of the thousands of migrants stranded on the border remains unknown, but the extreme rhetoric invoking the Holocaust, child-kidnappers and invasions is almost certain to persist.