At least three people in Michigan are facing felony charges for belonging to a group that successfully impersonated police officers for several years. Even real cops were fooled by their disguises.

The group of fake cops, which may include at least five other individuals, had been active across Genesee County, near the city of Flint. Among other charges, they are accused of conducting arrests with no authority and of deceiving real first-responders at crime scenes, the Flint Journal reports. 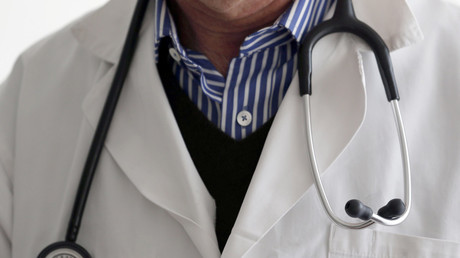 The group call themselves the Genesee County Fire and EMS Media-Genesee County Task Force Blight Agency and had been involved in the impersonation since at least 2015, according to the report.

After years of successful operations, they were busted only because of a complaint about rude behavior filed in September 2017. An investigation exposed the ruse and led to Leyton filing criminal charges against three of those involved.

A 27-year old woman and a 29-year-old man were arrested this week in Flint, while a 23-year-old man was taken into custody in Cedar Point, where he worked. Court records indicate there are five other co-defendants in the case, although no charges against them have been filed yet.

Investigators said they learned of at least one case of false arrest conducted by the impersonators, over alleged trespassing. Two people, a man and a woman, were briefly placed in handcuffs during the interaction while another man had his ID taken by the imposters.

The group is believed to be responsible for more ‘fake cop’ incidents. “We’re asking people to come forward if, in fact, they believe they’ve been victimized by people they don’t believe are real police officers,” Leyton urged.

“I believe there’s probably hundreds of victims who were actually detained and didn’t have good experiences with these folks,” said Kevin Shanlian, chief of the Genesee County Parks Rangers division, who was involved in exposing the group. He said the core of the group had 10 members.