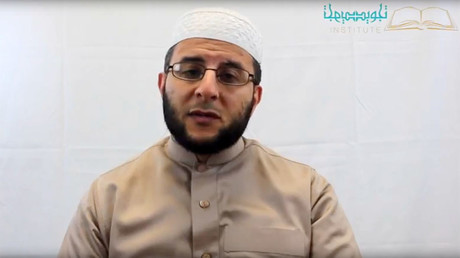 An Imam in Texas has apologized for saying that Muslims had a duty to kill Jews in reaction to Donald Trump’s decision to recognize Jerusalem as the capital of Israel.

Imam Raed Saleh Al-Rousan made the inflammatory comments in a sermon on December 8. “My brothers, the Prophet Muhammad brought the good tidings, when he said: ‘Judgment day will not come until the Muslims fight the Jews,” Al-Rousan said, according to the Middle East Media Research Institute (MEMRI), a non-profit press monitoring organization in Washington DC.

After drawing international criticism, Al-Rousan, of the Tajweed Institute in Houston, has rowed back on the controversial remarks. “It must be understood that I unequivocally affirm and uphold the dignity, sanctity and value of all human life, including – of course – people of the Jewish faith,” he said in a statement.

“I must also state in no uncertain terms that I am absolutely and completely opposed to and disgusted by all forms of terrorism, all terrorists, and I oppose anyone who would commit, call for, or threaten violence against civilians.”

The Imam said that he is “mortified” that his sermon was interpreted as a “call for the very things I despise” and added that plans to speak with Jewish leaders in order “to establish new and meaningful relationships.” However, Al-Rousan’s apology was rejected by Houston’s Anti-Defamation League who said “he doesn’t fully understand the ramifications of his sermon.”

“We would like to see Imam Al-Rousan unequivocally apologize to the Jewish community for his highly inflammatory sermon and through future actions, demonstrate he is committed to understanding why the sermon was an incitement to violence,” the ADL said.