After multiple lawsuits from a prisoner who claimed she felt like a ‘sex slave’ in male prisons, the Illinois Department of Corrections is mandating staff training in “transgender issues.” Is it a special privilege or necessity?

There are only 28 transgender prisoners in the Illinois correctional system, but one of them – a trans-woman named Deon “Strawberry” Hampton – has sued the Illinois Corrections Department four times to be allowed to serve out the remainder of her 10-year burglary sentence in a women’s prison, alleging abuse by inmates and guards alike. While previous lawsuits merely shuttled her between four different men’s prisons, this time the court ordered officials to reevaluate her request and allow her to attend a transgender support group. 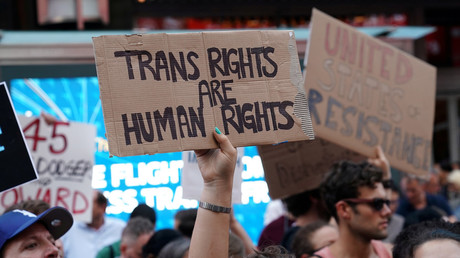 The judge also gave the corrections department 14 days to come up with a “training plan” for dealing with transgender inmates. Department of Corrections spokesperson Lindsey Hess says the agency’s “mental health professionals receive specialized training and ongoing consultations from a transgender expert” already, but officials say a more comprehensive plan is “underway.”

“You need to keep everybody safe but you can’t start making special provisions to anyone who says they feel like they’re a woman when they’re born a man, could be classified as transgender, whether they mean it or don’t mean it,” Malzber said.

Prison is a tough place. That doesn’t mean that special privileges should be granted to people who claim that they’re transgender. It’s just not fair.

Rogers-Wright argued that it was less “a function of preferential treatment” than “a function of safety” and pointed out that prisons already have special provisions for very old and mentally-ill inmates.

It’s not about special treatment, it’s about keeping these people alive.

It remains to be seen whether a women’s prison would even welcome Hampton, whether we are talking about the prison’s staff, or the inmates themselves. Female inmates in Texas filed a federal lawsuit earlier this year to keep transgender inmates out, arguing that sharing a facility with them would be dangerous and a violation of privacy. The Trump administration subsequently reversed an Obama-era policy and opted to use “biological sex as the initial determination” for facility assignment.

Last month, UK courts sentenced David Thompson to life imprisonment for sexually assaulting multiple women after he conned his way into a women’s prison by pretending to be undergoing a gender transition. Thompson began his transformation into “Karen White” while in custody for stabbing his neighbor, but never committed to the transition beyond wigs and women’s clothing.