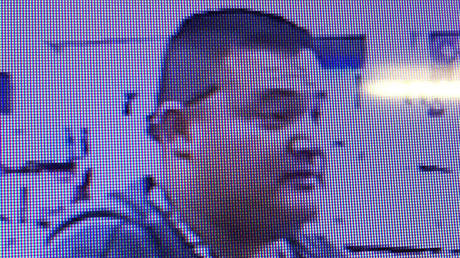 A Mexican national was arrested in California for the murder of Police Corporal Ronil Singh. He reportedly has a criminal record and gang ties and is in the US illegally, but police say their hands were tied by ‘sanctuary’ laws.

Gustavo Perez Arriaga was in the process of fleeing to Mexico when officers from a coalition of local forces arrested him at a Bakersfield home on Friday morning, according to the Stanislaus County Sheriff’s Department.

Also on rt.com
‘Build the wall or close the border’: Trump issues new ultimatum to Democrats


Arriaga’s brother and an associate – both of whom are also in the US illegally – were rounded up in nearby towns and arrested as accessories to a felony after the fact, while three others present in the Bakersfield house were taken in for aiding and abetting.

Singh died after pulling Arriaga over on suspicion of driving under the influence early Wednesday morning in Newman, a town in central California. Singh called for backup but was shot dead before help could arrive. Arriaga fled the scene; his vehicle was found 13 hours later.

A Mexican national, Arriaga entered the US illegally through Arizona several years ago and has worked in farming jobs off and on since then, police said. He has two prior convictions for driving under the influence and several open warrants, according to Stanislaus County Sheriff Adam Christianson, who was outraged at what he saw as official mishandling of cases like this.

“This is a criminal illegal alien with prior criminal activity that should have been reported to ICE,” he said, referring to the federal Immigration and Customs Enforcement agency. “Law enforcement was prohibited because of sanctuary laws, and that led to the encounter with Officer Singh. I’m suggesting that the outcome could have been different if law enforcement wasn’t restricted, prohibited, or had their hands tied because of political interference.”

Arriaga is not just an illegal alien with a rap sheet – he’s a member of the notorious Sureno gang as well, according to at least five social media accounts authorities discovered under various aliases. Police initially did not even release his name or age, uncertain as to which of his identities was real.

“This could have been preventable,” Christianson said during a press conference. “Why are we providing sanctuary for criminals and gang members? It’s a conversation we need to have.”

There is right now a full scale manhunt going on in California for an illegal immigrant accused of shooting and killing a police officer during a traffic stop. Time to get tough on Border Security. Build the Wall!

President Donald Trump referred to the hunt for Arriaga in a tweet on Thursday, using it to support his argument for building a border wall with Mexico.

Singh, 33, immigrated from Fiji after graduating from college in 2003. He joined the Newman Police Department in 2011. He and his wife had a five-month old son.