After an order from Florida Governor Rick Scott placed her sizeable pension in jeopardy, embattled Broward County elections supervisor Brenda Snipes has rescinded her decision to resign, vowing to fight “til the very end.”

Scott, a Republican who nearly missed his chance to become the state’s newest Senator due to voting irregularities in the 2018 election, appointed a political crony to replace the woman he deemed responsible in one of his last acts as governor, but his attempted vengeance may backfire. 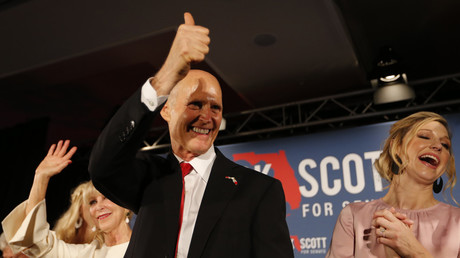 Citing Snipes’ “misfeasance, incompetence, and neglect of duty” during the 2018 vote recount – in which her staff missed court-ordered deadlines, mixed fraudulent ballots among real votes and “misplaced” over 2,000 ballots – Scott suspended her via executive order on Friday, appointing Peter Antonacci, who has previously served in his administration, to finish out her term.

“After a series of inexcusable actions, it’s clear that there needs to be an immediate change in Broward County and taxpayers should no longer be burdened by paying a salary for a supervisor of elections who has already announced [her] resignation,” Scott said in the order.

Snipes had seemed content to resign with her pension – almost $130,000 per year, according to the Orlando Sun Sentinel – two weeks ago, after the conclusion of a sloppy recount in which President Trump himself weighed in to accuse county officials of fraud.

Now, however, her lawyer has framed the firing as part of an effort by Scott to push ahead with “questionable actions” before the 2020 election, and Broward County Democrats are rallying behind her, decrying the firing as “spiteful.”

The recount, which finally saw Scott pull ahead of Democratic rival Bill Nelson to win by 0.12 percent, ensured another generation of Americans will see Florida as an electoral punchline but otherwise left Scott unscathed. His spokesperson did not respond to Snipes’ reversal, stating that the Governor’s “executive order and statement speak for themselves.”

Last year, Snipes’ office illegally destroyed ballots from the contested primary between Tim Canova and ex-DNC chairwoman Debbie Wasserman-Schultz. Snipes was appointed Elections Supervisor in 2003 by then-Governor Jeb Bush and has been reelected three times since then. While Antonacci has never worked in elections, he did lead the prosecution against Snipes’ predecessor Miriam Oliphant, whom Bush removed in 2004 – also for alleged incompetence.