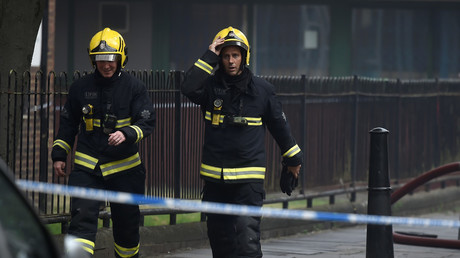 Twelve fire engines and a reported 80 firefighters have been called to a fire at a leisure center in Highbury, north London, where part of the roof of a single story building is alight.

“Twelve fire engines and around 80 firefighters have been called to a fire at a leisure centre in Highbury Crescent in Highbury,” the London Fire Brigade spokesperson stated.

“Part of the roof of the single-storey building is alight.

“Fire crews from Islington, Holloway, Stoke Newington, Paddington and surrounding fire stations are at the scene.

“The cause of the fire is not known at this stage.”

Photos and videos shared on social media show a large plume of smoke rising above the London skyline. The leisure center is located close to Arsenal FC’s Emirates Stadium.

According to north London newspaper, Islington Trubune, witnesses to the fire have described seeing around 20 people in swim wear evacuating the Highbury Leisure Center. London Fire Brigade have not reported any casualties so far.