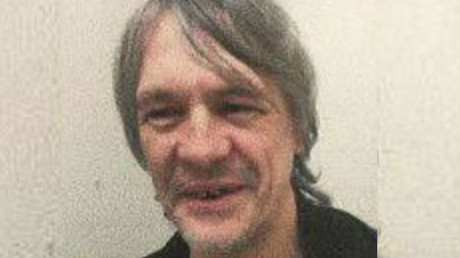 An escaped prisoner, who is serving a life sentence for raping and killing a woman, is back behind bars thanks to the intervention of an “eagle-eyed” member of the public.

An extensive manhunt was launched after Keith Whitehouse failed to appear for roll call at Leyhill open prison in South Gloucestershire on Saturday night. He was last seen several hours earlier. In 1991, Whitehouse killed and raped 21-year-old Suzanne Bromiley while on leave from a kidnapping sentence. He met his victim at a day centre for unemployed people.

Whitehouse was known to have psychopathic personality disorder. Nobody looked for him until he killed Bromiley. He was handed a life sentence for manslaughter on the grounds of diminished responsibility.

The 56-year-old was spotted by a member of the public, who saw the convicted killer approach a woman before he contacted the police and followed him. “He’s a hero, after he made sure I was safe he followed him and called the police,” the man’s wife said to the Gazette, a local newspaper.

Although he’s really shy, he deserves so much praise and I am so proud of him, due to his actions a nasty man is off the streets.

Stroud Police tweeted their thanks to the man after the arrest was made.

Leyhill is a minimum security facility, and the incident has sparked calls for Whitehouse to be put into a more secure prison.

What a joke. ….Should never been in a open prison….about time we get tough….

Can you please assure the public that there will be an investigation into why this man was in an open prison?