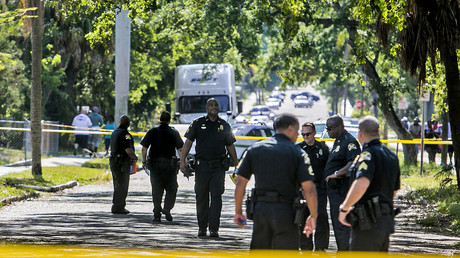 Two people have been killed in a shooting spree that broke out at a yoga studio in Tallahassee, Florida. The gunman also injured several more people before killing himself.

Officers responded to an emergency call on Friday evening, arriving at the Hot Yoga Tallahassee studio. Multiple people suffering from gunshot wounds were found when the police arrived.

Six injured victims were immediately taken to trauma care, but two died at the hospital, according to ABC. Another victim is said to be in a critical condition, while the remaining three people have serious injuries.

The gunman was identified as 40-year-old Scott Paul Beierle, according to the Tallahassee Police Department. He died from a self-inflicted gunshot wound.

Several people inside the studio tried to fight back and save others, police told reporters after the incident, calling it “a testament to their courage.”

The motive of the shooter is not yet known, and police believe he acted alone. The investigation will now focus on possible causes of “this senseless act of violence,” according to their statement. Over 40 victims have been interviewed at this stage.