If you’ve ever been bothered or offended by the words ‘vagina’ and ‘penis,’ you’ll be happy to hear that a San Francisco-based healthcare website has some interesting new ideas about how we should be referring to our genitalia.

In a newly published safe-sex guide, the popular Healthline website opted to include more “gender-inclusive” terms, which rather unfortunately resulted in the phrase “front hole” being used alongside the more well-known (but clearly highly offensive) term “vagina.” 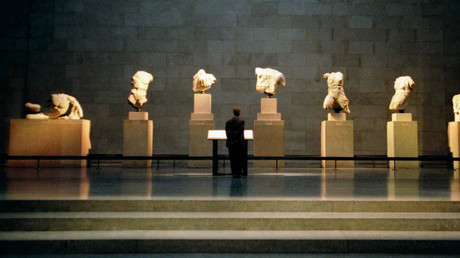 Confused? Don’t worry, there’s a perfectly valid explanation. Healthline clarified that the term “front hole” would be included with any reference to “vagina” because using the more traditional “vagina” could result in “trans and nonbinary-identified people” experiencing “gender dysphoria.”

The goal was to create an “inclusive safer sex guide” specifically for lesbian, gay, bisexual, transgender, queer, intersex and asexual (LGBTQIA) people. Oddly enough, however, not everyone was delighted with the outcome – and people took to Twitter to vent about what has been widely panned as a serious case of political-correctness overkill.

One front-hole-possessing user – who is also a nurse practitioner – wrote to Healthline to say that they “do not have the authority” to change the correct term for women’s genitalia. Another user stressed that while she had no problem with gender inclusivity, there was no way she would begin referring to her vagina as a “front hole” – a sentiment echoed by numerous other front-hole-possessing users.

Baffled, other more medically minded users attempted to set the record straight by giving some helpful 280-character or less anatomy lessons about the various holes and their uses.

Hiya, internet! The vagina is not the front hole. It is the middle hole. Front hole: wee comes out; Middle hole: baby comes out; Back hole: poo comes out. I hope that clears things up!

But wouldnt the pee hole be considered the front hole? That would make the vagina the middle hole? I feel like we should be equally inclusive to all the holes 😁

Eventually, the backlash prompted Healthline to tone down its language and to remove the suggestion that the word vagina might be triggering to the trans community. The website also published a clarification, insisting that the guide was written for a “specific audience” and was not an attempt do away with the word vagina in general. Well, that’s a relief.

With that in mind, it suggested the use of the word “parts” to describe male and female genitalia without distinction. This, apparently, is a more “clear and inclusive” way to discuss safe sex. One example of such clarity and inclusivity in the guide is found in the sentence: “[Sex] toys can help stimulate body parts both internally and externally.”

We’re not experts or anything, but we do feel that it might be a good idea to use more specific terms than “parts” in the course of intimate relations – you know, if safety is the goal.