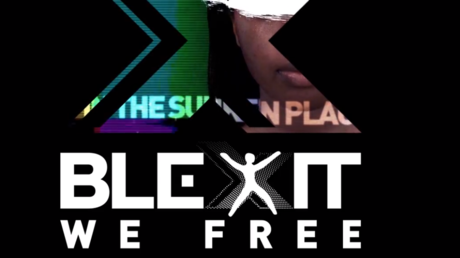 Searching “Blexit” on Google will get you criticism, controversy, explainers, tweets and videos – but not the actual page for the African-American movement critical of Democrats, not on the front page anyway. Is this by design?

“Blexit” is the brainchild of activist Candace Owens, who is arguing that African-Americans are being taken for granted by Democrats and that they can achieve more by supporting President Donald Trump.

If you search for it on Google, however, the actual website of the movement – Blexit.com – does not show up on the first page of results at all. Moreover, the top search results are news stories bashing Blexit and focusing on Owens’ apology to rapper Kanye West over the claim he had designed their logo and merchandise.

The search oddity was first spotted by a Reddit user on the popular pro-Trump subreddit The_Donald, who accused Google of seeking to influence the upcoming midterm election by misdirecting the searches for Blexit.

He tested the hypothesis by using other search engines: Bing, DuckDuckGo, and Yahoo. All of them showed “Blexit” right at the top of the search results:

Moreover, Google’s apparent de-ranking of Owens’s movement has resulted in headaches for a Minnesota-based organization with a nearly identical name. Because BlexitMN.org shows up among the first non-news results when one googles “Blexit,” the social justice group has been flooded by inquiries and even donations. To their credit, they have actually issued a clarification that they are in no way affiliated with Owens, and offered refunds to anyone who gave them money by mistake.

An unaffiliated website even had to apologize because Candace Owens’ supporters were mistakenly donating to it. Here are the screenshots showing how Google buried the official Blexit website despite other search engines ranking it number 1. pic.twitter.com/nj4ezXuRTn

In August, Trump accused Google of “rigging” the searches so that “almost all stories and news is bad,” as well as “suppressing voices of Conservatives and hiding information.”

Google responded by saying their goal is to give users “the most relevant answers in a matter of seconds” and that the results are not skewed toward any “political ideology” or “political agenda.”

In early October, however, the conservative news site Breitbart published a leaked internal briefing from Google titled “The Good Censor,” explaining how the Mountain View-based company actually curates content like a publisher, rather than as a platform. Google confirmed the memo’s authenticity but said it was not official company policy.