Britain may reveal plans to hike its NATO contribution at next month’s summit, following pressure from the US. Donald Trump has slammed nations falling short of NATO’s minimum defense target of 2 percent of GDP – like the UK.

According to recent figures released by the Stockholm International Peace Research Institute on Trends in World Military Expenditure, the United Kingdom spends 1.8 percent of GPD on defense, while NATO allies Germany and Italy spend 1.2 percent and 1.7 percent respectively, much to President Trump‘s ire. 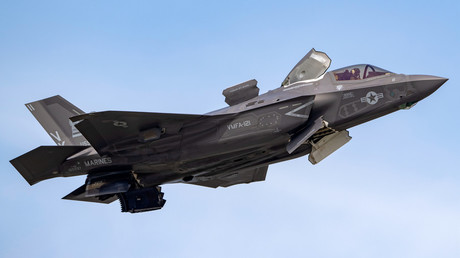 It is understood that, at next month’s summit, Trump will be looking to the UK and Europe to lead by example by going beyond NATO’s current defense spending target.

Expectations of an increased defense budget are expected to place a strain on the relationship between Defence Secretary Gavin Williamson and Philip Hammond, who controls the Treasury. The pair are expected to face off next week over how to fund a blueprint for the military, two sources told The Times.

It is understood that Williamson needs Hammond to pledge a significant rise in defense spending so he can oversee the modernization of the UK defense program. As it stands, Hammond has only agreed to address the issue by October at the earliest.

Caught between her squabbling secretaries, UK PM Theresa May is set to lay out the conclusions of the defense review to NATO leaders, including Trump, at the defense union’s summit in Brussels on July 11 and 12. Trump is scheduled to visit the UK after the meeting.

“They will want the prime minister to be able to give a very clear direction of what the UK is bringing to the table,” one Government source told The Times. “There is a feeling that the Americans expect more from the UK as a partner of choice.”

“We are facing a profound moment for Britain and its place in the world and signaling whether or not, post-Brexit, we are going to be an ambitious, leading nation or one that is going in retreat,” another source added.

It comes as military officers and civil servants from the Ministry of Defense have spent the last six months drawing up the modernizing defense program, after Williamson argued for defense to be removed from a broader review of security capability in 2017.

However, not all are hopeful. “Everyone believes it is a damp squib… We have been here before,” another defense source told The Times. “It is going to be the famed fudge as it always is.”

A spokeswoman for the MoD said: “The defense secretary launched the modernizing defense program to strengthen our armed forces in the face of intensifying threats and we have been consulting widely… Any talk on the outcome is pure speculation before we share our headline conclusions.”