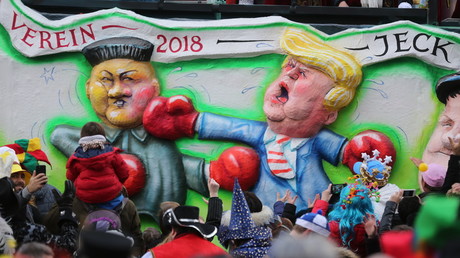 In this episode of Going Underground, Afshin Rattansi gets to the bottom of some of the toughest questions in politics. Will Soros manage a second Brexit referendum? What about peace in Korea? Did Cuba attack foreign envoys?

Going Underground’s Rattansi sits down with Andrew Pierce, consultant editor of the Lord Rothermere-owned Daily Mail, to discuss whether or not globalist conspirator George Soros can manage to swing a second Brexit referendum.

The team also takes time to chat to award-winning journalist Gareth Porter to find out what he thinks about the biggest geopolitical question on everyone’s lips: Will North Korean dictator Kim Jong-un go for peace? Or will tensions on the Korean peninsula escalate once more?

Plus, Robert McIntosh from the University of Edinburgh debunks claims coming out of the US that Cuba used sonic attacks against foreign diplomats.