What’s missing in this famous painting? 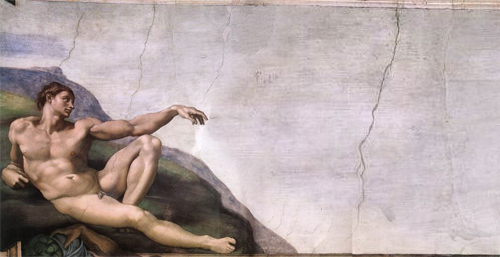 In 1983, Solzhenitsyn received the Templeton Prize. This is an award presented by the Templeton Foundation in Pennsylvania. It is an annual award given to a living person who, in the estimation of the judges, “has made an exceptional contribution to affirming life’s spiritual dimension, whether through insight, discovery or practical works.”

Upon receiving the award at age 65, Solzhenitsyn delivered an address titled, “Godlessness: The First Step Toward the Gulag.”

He began with a reminiscence from his childhood:

More than half a century ago, while I was still a child, I recall hearing a number of older people offer the following explanation for the great disasters that had befallen Russia: Men have forgotten God; that’s why all this has happened.

Then, picking up steam, like a black preacher who gets into a cadence and starts repeating a word or phrase, Solzhenitsyn began to emphasize his point over and over:

Since then I have spent well–nigh fifty years working on the history of our [Russian] revolution. In the process I have read hundreds of books, collected hundreds of personal testimonies, and have already contributed eight volumes of my own toward the effort to clear away the rubble left by that upheaval.

But if I were asked today to formulate as concisely as possible the main cause of the ruinous revolution that swallowed up some sixty–million people, I could not put it more accurately than to repeat: Men have forgotten God; that’s why all this has happened.

Nor did he leave it there. As if he wanted to make certain that his audience was getting the point, he repeated it again:

What emerges here is a process of universal significance. And if I were called upon to identify briefly the principle trait of the…