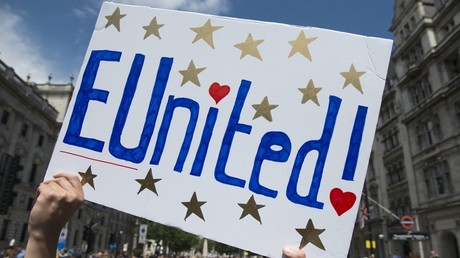 George Soros is a “gambler” with no interest in serving the British public, UKIP MEP David Coburn has said, commenting shortly after it emerged the billionaire philanthropist is backing a bid for a second Brexit referendum.

Speaking to RT’s Polly Boiko, Coburn said: “George Soros made an enormous amount of money out of the crashing of the pound and being involved in the speculating against the pound, and quite frankly I don’t think he did the British public any good at all.

“What’s in it for George Soros? He’s a gambler, he is an investor. He’s not interested in the welfare of the British or European public. He is interested in making money and if anyone can’t see that I wonder what is wrong with them.

Coburn’s comments came on the same day US-Hungarian Soros said he would be backing pro-EU campaign group Best for Britain’s efforts to hold a second referendum. The vote would be between any final Brexit deal hammered out with Brussels and staying in the EU under current terms.

Speaking during a summit organized by the European Council of Foreign Relations think tank, the financier said: “Ultimately it’s up to the British people to decide what they want to do. It would be better, however, if they came to a decision sooner rather than later.

“That’s the goal of an initiative called the ‘Best for Britain,’ which I support. Best for Britain fought for, and helped to win, a meaningful parliamentary vote which includes the option of not leaving at all.