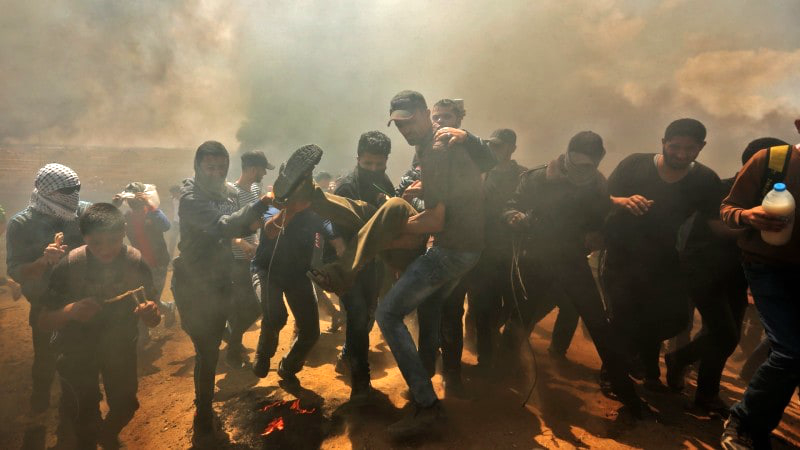 This week on CounterSpin: The Palestinian health ministry in Gaza says Israeli soldiers killed at least 60 Palestinians and wounded as many as 2,700 in an eight-hour period pm May 14. Palestinians protesting both the horrific living conditions in Gaza and their inability—despite international law—to leave it, to return to the homes from which they were expelled, along with hundreds of thousands of people, in the 1940s. At the same time—and for many US TV viewers, on a sickening split-screen—Israeli Prime Minister Benjamin Netanyahu, celebrating the opening of the US embassy in Jerusalem, declared it a “great day for peace.”

Media could hardly avoid revealing the disjunction, even as many worked hard to tell you you weren’t seeing what you thought you were seeing—that the overwhelmingly unarmed people were a violent mob, that the snipers picking them off from a distance were defending their lives.

That sort of dissonance has marked elite US media coverage of Gaza for many years. This week we revisit conversations with just three of the people that CounterSpin has heard from who are working to expand and deepen US audiences’ understanding of Gaza—the conflict, the context and the possible ways forward. We’ll hear from James Zogby, president of the Arab American Institute; from Yousef Munayyer, executive director of the US Campaign for Palestinian Rights; and from the Institute for Policy Studies’ Phyllis Bennis.