The “open-air prison” of Gaza is “on the brink of collapse,” with Palestinians verging now on an unlivable situation, author Norman Finkelstein told RT’s ‘Going Underground.’

Finkelstein, author of the book ‘Gaza: An Inquest into its Martyrdom,’ believes the “point of no return” has been reached when it comes to Gaza. “Seventy percent of the people of Gaza are refugees. More than half are children. They’re trapped, there’s no way out,” he told the host, Afshin Rattansi. 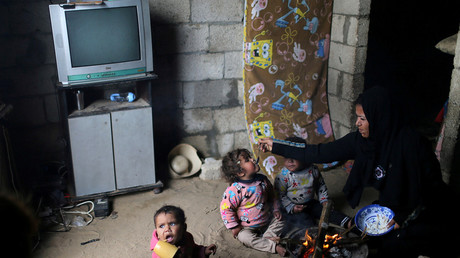 “Ninety-five percent of the water in Gaza is unfit for human consumption. Each day, when a child drinks water, the child is poisoning him- or herself but they can’t leave. They’re caged in. As your former [Prime Minister David Cameron] put it, Gaza is an ‘open-air prison.'”

He gave the examples of Syrians fleeing the country’s civil war and of people who leave areas plagued by drought.

He noted that UN reports “and even Israel” have said that Gaza is “on the brink of collapse,” and that those living in Gaza have a right to fight back. “The people of Gaza, they are under a legal obligation to just lay down and die? They don’t have the right to resist? No, that makes no sense to me,” he said. 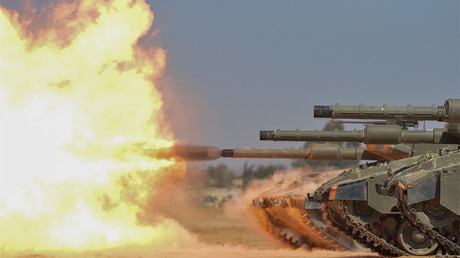 However, he said that he doesn’t think it’s a “wise or prudent strategy” to resist in any way. “If they manage to stay non-violent, the people of Gaza, Israel will be forced by international pressure to break the siege,” he said.

When asked about one Palestinian person who did fight back, teenage activist Ahed Tamimi, Finkelstein said “there’s no hope of her getting a fair trial.” Tamimi, 17, was detained and faces up to a decade in prison for kicking and slapping an Israeli soldier, after troops surrounded her home. The altercation occurred shortly after a soldier shot her 14-year-old cousin in the head at close-range with a rubber bullet.

Finkelstein noted that even Israeli human rights group B’Tselem has “stopped coordinating and cooperating with the Israeli military trials because it said they’re just farces, so we’re not going to even bother anymore to go through the motions because all it does is provide a smokescreen for Israel that there’s a legal process going on when there isn’t.”