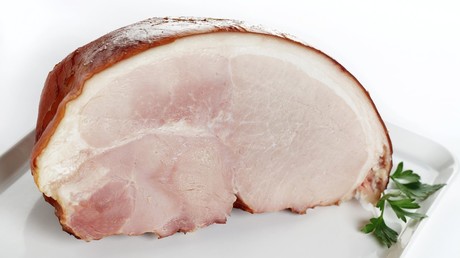 ‘Gammon,’ a word which has been widely used as an insult to describe middle-aged men who tend to go pink in the face when angry, has officially made it into the Collins Dictionary Word of the Year 2018 shortlist.

Historically, it is more commonly recognised as a cured pork meat which many British families like to enjoy as part of their Sunday roast. Now, ‘gammon’ has now entered an English dictionary with a completely new definition, largely due to a combative political debate.

Collins’ additional definition of ‘Gammon’ is: “a person, typically male, middle-aged, and white, with reactionary views, especially one who supports the withdrawal of Britain from the European Union.”

The word has been particularly popular with left-wing political commentators and ardent Remainers, who have enjoyed causing a stir in using what they see as a playful put-down. Though they have often had to fend off accusations that the word is racist against white people.

No one is born a gammon Toby, it’s not racist. Would have been nice to see you call out the Islamophobia of Melanie Phillips in the Times last week with at least as much vigour

Honest question – when was the last time Nick Ferrari did a day of physical work? Before I was born? Shameful coverage of #mcstrike by @lbc in particular

Despite the ongoing debate over exactly how offensive ‘gammon’ really is, It’s made the Collins Dictionary Word of the Year shortlist.

READ MORE: ‘Bored s***less’: Cameron threatens to return to politics, Twitter urges him to ‘stay in the shed’

‘MeToo’ and ‘Plogging,’ a term originating from Sweden, which describes a recreational activity that combines jogging with litter picking, also made the list.

Other shortlisted Collins Dictionary Words of the Year 2018

Backstop: a system that will come into effect if no other arrangement is made

Floss: a dance in which people twist their hips in one direction while swinging their arms in the opposite direction with fists closed

Gaslight: to attempt to manipulate (a person) by continually presenting them with false information until they doubt their sanity

MeToo: denoting a cultural movement that seeks to expose and eradicate predatory sexual behaviour, especially in the workplace

Plogging: a recreational activity, originating in Sweden, that combines jogging with picking up litter

Single-use: made to be used once only, commonly referring to disposable plastic items such as straws and bottles

Vegan: a person who refrains from using any animal product whatever for food, clothing or any other purpose

Helen Newstead, Head of Language Content at Collins, said: “This has been a year where awareness and often anger over a variety of issues has led to the rise of new words and the revitalisation and adaptation of old ones.

“It’s clear from this year’s Words of the Year list that changes to our language are dictated as much by public concern as they are by sport, politics, and playground fads.”