A video gamer has been arrested after one of his online opponents overheard him allegedly raping a 15-year-old girl while they were playing Grand Theft Auto.

Daniel Enrique Fabian was in the midst of the multiplayer action game when he told another player that he was going to “smash” a girl who was at his house in New Port Richey, Florida.

Fabian left the console’s microphone on and the other gamer then overheard the young victim repeatedly reject his advances, local news outlet WFTS reports.

The girl told the 18-year-old to stop four times but he continued to have sex with her, according to an arrest affidavit. The gamer who overheard the encounter told investigators that after about 15 minutes he and Fabian resumed playing the game. 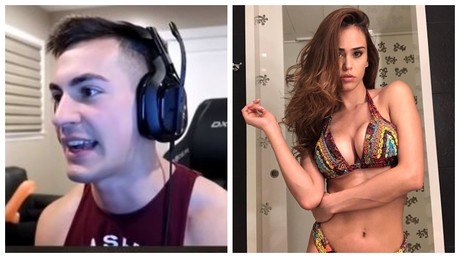 The 15-year-old victim told detectives she was sitting on Fabian’s bed when he covered her mouth with his hand, pushed her down and raped her. After the incident the girl completed a sexual assault victim examination, which supported her allegation. A DNA swab taken from her thigh reportedly linked Fabian to the attack.

The gamer was arrested for lewd and lascivious battery/sexual activity with a victim between the ages of 12 and 15, according to WFLA.

The news station is reporting that he is also charged with raping another teen on June 4, weeks before the most recent case. “He was arrested in June for another case involving a different 15-year-old girl, where he allegedly raped her in his home as well,” said Kevin Doll, Pasco Sheriff’s Office spokesman. He is being held in a detention center in Florida.