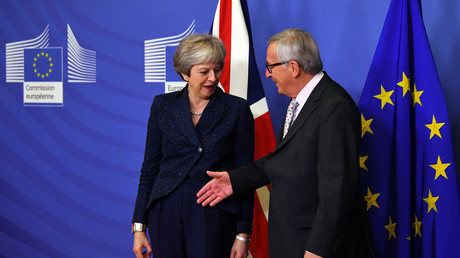 Prime Minister Theresa May was left dazed and confused after being asked whether the new relationship struck between the UK and EU post-Brexit could be accurately described as “friends with benefits.”

During questions from MPs on parliament’s Liaison Committee, May was asked whether the relationship between the UK and the bloc could be seen as the start of new marriage. She replied that “re-marriage” might not be the best analogy, claiming they would become “very good friends.”

This was quickly followed up by Tory backbench MP Tom Tugendhat, who suggestively asked May whether they would be “friends with benefits, prime minister?” This drew laughs from those gathered inside the committee room.

The humorous incident was a rare light note, on what was a severe grilling for May on the Brexit deal she has agreed with the EU and which will be put before UK MPs on December 11 to vote on.