The Guardian has been accused of “willfully misleading” its readers through an article it ran saying secret masonic lodges for politicians and journalists are operating at Westminster.

The article, which was also reported by RT UK among other publications, headlined ‘Two Freemasons’ lodges operating secretly at Westminster’, claimed there are two lodges up and running at parliament, namely the New Welcome Lodge, which recruits MPs, peers, and parliamentary staff, and the Gallery Lodge, reserved for the political press corps.

A letter of complaint issued by the United Grand Lodge of England (UGLE) and published on Freemasonry Today’s website on Tuesday, however, claims the lodges are not operating covertly, as their meeting place – reported to be in Camden, north London – is in fact “open to the public.” 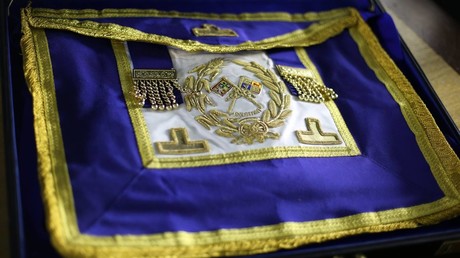 It also dismissed claims that the ‘brotherhood’s’ existence is so covert that journalists at Westminster are completely oblivious to it.

The article claims the New Welcome Lodge, has about “30 to 40 members… only about four of the current members are MPs.” But the UGLE branded the statement “fictitious,” as it merely has 22 members, none of whom are MPs.

“The article stated ‘Exclusive: Lodges for MPs and journalists are so covert even lobby reporters do not know members.’ The Lodges in the article do not have any MPs or journalists as members,” the letter by the UGLE CEO David Staples said.

Challenging the Guardian’s “exclusive”, the letter claims that details of the Lodges’ foundations had been already been reported by the Daily Telegraph.

The complaint also outlines how there have been Wikipedia pages on both lodges for the past 12 years, and how they have also been referenced in academia.

“It is therefore willfully misleading for the Guardian to state that the Lodges operate secretly or to imply that their existence is ‘secret’ or ‘covert,’” Staples writes.

Staples accuses the Guardian of “damaging” the reputation of Freemasonry, as he writes: “By publishing inaccuracies which foster and promote popular prejudices against Freemasonry concerning corruption, power and control, the article damaged the reputation of the United Grand Lodge of England as a membership organization and encouraged further discrimination against individual Freemasons.”

The United Grand Lodge of England has demanded the Guardian to retract the article and issue a formal apology.

The Guardian has not responded to RT’s request for comment at the time of publication.