Mark Luckie shared the message with Facebook management and employees earlier this month after leaving his post as Strategic Partner Manager for Global Influencers focused on Underrepresented Voices. On Tuesday, unsatisfied with the response from management – who dismissed his experience as not typical of Facebook’s black community – he shared it with the rest of the world.

I appreciate Facebook’s response to my post calling out discrimination at the company. However, the tone is noticeably different from the only response I received from senior leadership after sharing the post internally. pic.twitter.com/S3fqT7u174

Public shaming, Luckie recognizes, is key to motivating the social network. “I know from being inside Facebook that Facebook doesn’t take any action against the bad things that it has done unless it’s held publicly accountable,” he said. 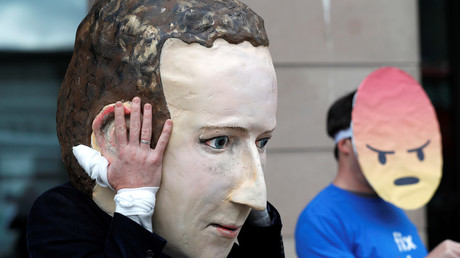 Similarly, he was careful to couch his observations of workplace racism in terms management could understand, linking to a study demonstrating how biased treatment in the workplace “greatly impacts employee productivity.”

Black employees hold just 2 percent of leadership positions and 1 percent of technical roles at Facebook. A concerted recruitment effort starting in 2016 helped increase the overall percentage of black employees from 2 percent to 4 percent, but Luckie’s post indicates they have a long way to go before the reality matches the rhetoric. “In some buildings, there are more ‘Black Lives Matter’ posters than there are actual black people,” he wrote.

Luckie also called out uneven content moderation – human and algorithmic – that disproportionately silences black users on Facebook – even when white users post the same messages. One black activist had her own account suspended after she posted a screenshot of racist messages she had received on her Facebook wall – an act meant to call attention to Facebook’s lax enforcement of its own hate speech policy. 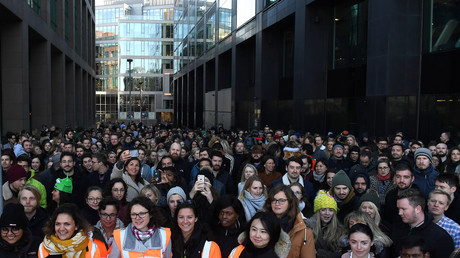 In between touting common-sense solutions like “teams that require diverse perspectives should hire diverse people,” Luckie warns the company against merely stuffing its ranks with “diverse” hires and going about business as usual. He recommends a system for reporting “microaggressions,” pointing to employee complaints that they are “tone-policed” for speaking in an “aggressive” and “hostile” manner, but his recommendations fail to address the more disturbing problems mentioned in his post, such as black employees being “aggressively accosted” by Facebook security.

Luckie is something of a known quantity for his documentation of the “black experience” in Silicon Valley. He published a similar story after leaving Twitter in 2015, making observations eerily similar to some of his notes on Facebook. “I didn’t know any of us worked here,” he claims fellow black Twitterers confided in him. “I didn’t know black people worked at Facebook,” Luckie says black employees at Facebook were “commonly told.”

Facebook isn’t the only vocally progressive company to be called out for being less than woke recently. Female employees at Google led a walkout earlier this month to protest management’s cover-up of multiple cases of sexual harassment among high-level employees.