Gun control advocates are celebrating a slew of legislation passed across the country. Domestic abusers are targeted in new bills passed by five states, while other states have enhanced their background checks for purchasing firearms.

Louisiana, Nevada, New Jersey, North Dakota, Tennessee and Utah all passed new restrictions on firearms for domestic abusers, according to Everytown for Gun Safety group, which is funded by billionaire and former New York Mayor Michael Bloomberg. Overall, 23 states have enhanced the laws around domestic abusers since 2013, says the gun control advocacy group. 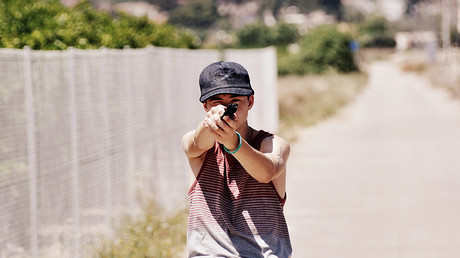 “When you look at what’s happening in statehouses across the country, the gun safety movement is winning in state after state — even in this challenging political environment — because volunteers and gun violence survivors have become the counterweight to the gun lobby,” said Shannon Watts, who founded Moms Demand Action for Gun Sense in America, a part of Everytown.

Hawaii, Tennessee and Washington state passed new laws requiring that police be notified when anyone who fails to pass a background check tries to buy a gun.

Many of these measures were passed with the support of Republican lawmakers and governors, even though the party itself has promised to roll back restrictions on guns and not to allow new ones, points out Everytown.

Additionally, 20 of 22 states didn’t pass bills that would have eliminated requirements for permits to carry guns, a top priority for the National Rifle Association, Everytown wrote in its new “report card.”

The new gun regulations could be challenged in front of the Supreme Court, but in the past nine years, SCOTUS has avoided most Second Amendment cases, including those challenging state and local restrictions.

The Second Amendment of the US Constitution protects the right to “keep and bear arms.”
Meanwhile, statistics of gun violence in the country are grim.

Last month, a study found that shootings in the US kill nearly 1,300 children every year, making it the third leading cause of mortality among children after accidents and congenital disease, the study said.